We would be 'more than interested' to own a team in Women's IPL, says Punjab Kings co-owner Ness Wadia 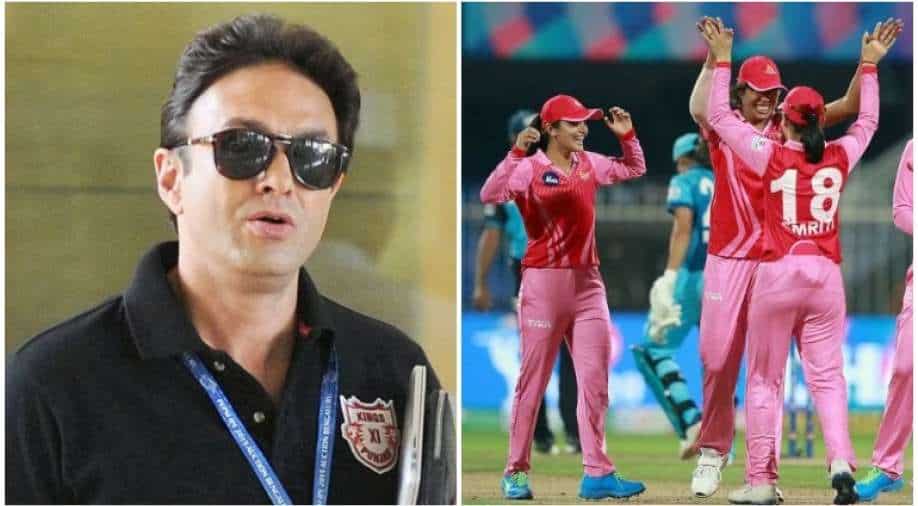 BCCI has proposed a five to six team Women's IPL for next year. (Photo- IPL) Photograph:( Others )

Punjab co-owner Ness Wadia showed keen interest to own a team in Women's IPL. He asserted that it would be very special when it happens.

Punjab Kings would be "more than interested" if they are offered to own a team in the proposed Women's IPL next year, their co-owner Ness Wadia said on Monday.

In an IPL Governing Council meeting last week, a five to six-team Women's IPL was proposed for next year with the existing franchises getting first preference to be part of the competition.

"We would be more than interested in that (Women's IPL). IPL for women is long overdue and it would be very special when it happens. Women's cricket has really developed over the years," Wadia told PTI.

"The World Cup is going on right now and there is so much interest for the women's game. It was heartbreaking to see our team lose yesterday."

Asked about the base price for owning a women's team, Wadia said: "That is for the BCCI to decide but I can tell you if we are asked to own a team we would be more than interested. I feel the league would be sustainable as well."

The BCCI has been under a bit of pressure to organise the Women's IPL.

Women's Big Bash in Australia has been taking place since 2015-2016 and a Women's Hundred competition was also staged in the UK last year. Cricket West Indies will organise a three-team CPL from this year onwards.

BCCI pocketed over a billion dollars for selling two new men's IPL teams. The Board is expecting another windfall with the IPL media rights up for grabs. Star had paid approximately Rs 16,000 crore for the 2018-2022 cycle.

The next five-year cycle could fetch as much as Rs 40,000 crore.

"I would be surprised if it doesn't double at least. Upwards of 35000 crore for sure," said Wadia.

The IPL 2022 began in Mumbai on Saturday and the Indian national anthem was played before the start of the game between Chennai Super Kings and Kolkata Knight Riders.

Punjab Kings had proposed the idea to the BCCI.

"We discussed with Jay Shah and Sourav Ganguly and they were more than happy to go ahead with it. The national anthem is played in sporting leagues in the USA.

"I am a die hard patriot and was overjoyed when it (National Anthem) was played. It is the Indian Premier League after all," Wadia added.