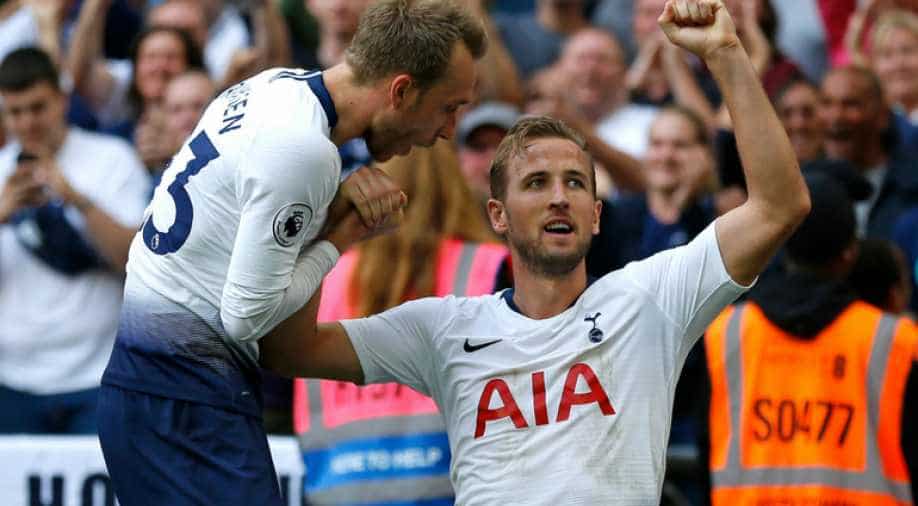 Tottenham Hotspur striker Harry Kane says he is feeling strong in his bid to recover from injury for the Champions League final against Liverpool, but manager Mauricio Pochettino stressed Spurs' fortunes would not rest on whether or not he plays.

Kane, Spurs' top Premier League scorer for the last five years, has been out of action since tearing ankle ligaments in the quarter-final first leg against Manchester City but has returned to full training with his teammates.

He looked free of injury worries in Monday's training session which was open to the media ahead of Saturday's match at the Wanda Metropolitano stadium in Madrid, Spurs' first appearance in a Champions League final.

"I'm in a good place, the ankle feels strong. It's down to the manager if I play or not, but so far, so good," Kane told reporters.

"When the injury happened, the only game available was this one because it was the only one in the timeframe. It worked well in terms of the rehab; there was no time to rush back because there were no games," Kane said.

Pochettino was also encouraged by Kane's chances of making the match.

"In the last week, he started to be involved with the group. I'm very positive about his situation, we have one week ahead to evaluate and see how he's progressing," Pochettino said.

"It's so important that he feels well and we see what happens. I can't say he's 100 per cent, whether he will be available or on the bench or out, but we are so happy and positive about his progression," Pochettino said.

Pochettino added that Tottenham's other injured players - Harry Winks, Jan Vertonghen and Davinson Sanchez - were also on track to be fit to make the squad for the game.

He said Tottenham's momentous victories over Manchester City and Ajax Amsterdam as well as finishing fourth in the Premier League while Kane was out showed that the team was about more than one player.

"Football is about team spirit, the collective and faith. Look how we got to the final. When Harry got injured it was in the quarter-finals and look what happened - we had one of the most fantastic seasons," he said.

"That doesn't mean he's not one of the best players in the team. For me, he's one of the best strikers in the world, in the top three. We need to beat Liverpool, and if he's available all the better, but it's not him and the rest of the team,'' Pochettino said.

"He's one of our stars and if he's ready I'll be the first one to be happy. But we always prioritise the team and don't worry, we'll take the best decision to try and win," Pochettino added.