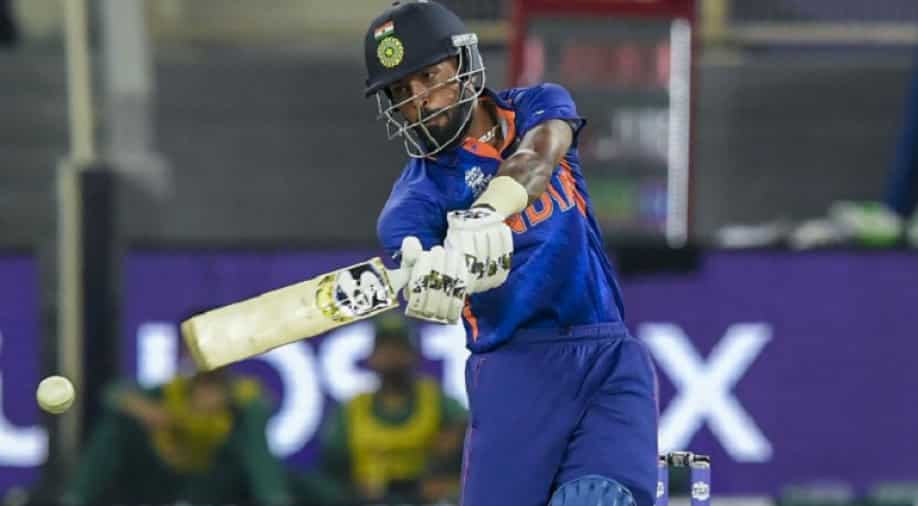 Hardik Pandya has passed the fitness Test and has started bowling in the nets.

India all-rounder Hardik Pandya was the highlight of the training session at the ICC Academy on Wednesday as he bowled for a short span of around 15 minutes. This after he ran long sprints under the watchful eyes of strength and conditioning coach Nick Webb and Soham Desai. The fitness drills lasted around 20-25 minutes.

Hardik then put on his batting gears and walked into the nets to fine-tune his batting skills. Taking throwdowns, he went full throttle and there was no holding back. In fact, there was also a short stop as MS Dhoni walked up to the side of the nets and passed on some instructions before the net session resumed.

The all-rounder had hurt his shoulder during the game against Pakistan, but the scan report cleared him of any injury concern. And the management is confident he will be available for selection against New Zealand come Sunday.

But more importantly, it was pleasing to see him bowl a short burst at the nets on Wednesday. While he is not near his best when it comes to bowling, skipper Virat Kohli had said he is looking at Hardik getting ready to bowl at least two overs in a game at some stage in the tournament.

"Well, I honestly feel that Hardik Pandya presently with his physical condition is getting better in terms of being prepared to bowl at least two overs for us at a certain stage in this tournament and we strongly believe we can make the most of the opportunity we have at our hand till the time he starts bowling. We have considered a couple of other options to chip in with overs so we are not bothered about that all," said Kohli during a virtual pre-match press conference ahead of the Pakistan game.

"What he brings at number six for us is something that you cannot create overnight. Hence, I was always in favour of backing him as a batter in Australia purely and we saw what he did in the T20I series and how he can take the game away from the opposition."

ALSO READ | Were you safe in UAE? Shoaib Akhtar takes a dig at New Zealand after Pakistan clash in T20 WC

"We understand the value he brings to the team as a number six batter and it is important to have such players who can play impact innings. For us, that is way more valuable than forcing him to do something that he cannot at the moment, he is motivated and he is keen to start giving us a couple of overs to us," he had added.