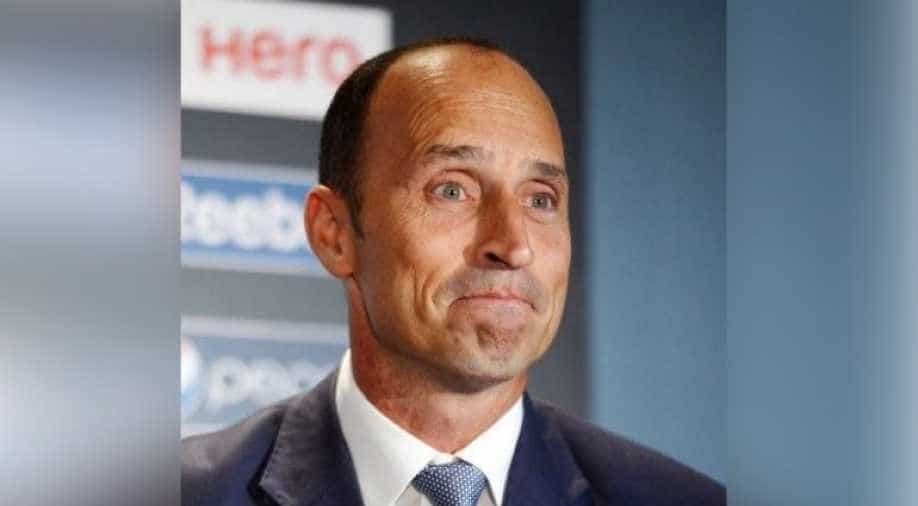 Hussain wrote, 'Question to all Pakistan fans ...England vs India...Sunday... who are you supporting?'

Former England cricketer Nasser Hussain took to social media to ask Pakistani fans as to which team they would be supporting between England and India Cricket World Cup match as both the teams will meet on Sunday at Edgbaston.

On his official Twitter handle, Hussain wrote, "Question to all Pakistan fans ...England vs India...Sunday... who are you supporting?"

Two back to back defeats have left England's semi-final hopes hanging by a thread, now, England will lock horns with India in a must-win clash and after that, they will face New Zealand.

After Pakistan's win over New Zealand on June 26, the scenario of England making it to the semi-finals has become even more difficult.

Also Read: 'People are waiting for us to fail', says England's Jonny Bairstow

Pakistan have seven points from as many games and their two remaining games are against Afghanistan and Bangladesh.

If manage to win both of them, they will end up on 11 points making it difficult for England as they need to win both their remaining fixtures to qualify for the semi-finals.

Pakistani cricket fans were quick to reply to Hussain's tweet and came forward to support their "neighbours" India against England.

Here are some of the replies:

I am a Pakistani I am supporting India because I know Pakistan wont win no matter what Pakistani team is way out of shape but Indian Team Is Top Tier!

Pakistan and india are always united against england.!!!

Definitely Neighbours i.e. India.
We can choose our friends but not neighbours.
India any day over colonial England.

I read most of the replies. & I am not surprised that the answer is India. Now it's your turn to answer...... Are you shocked about answers or it is as per your expectations for say no to "England"? 🙂

Apart from match with Pak, most of Pakistanis I know support India😊

Nasser Hussain, in another post, wrote, "I put this tweet out yesterday as I bit of a cheeky joke .. half expecting a lot of anger and aggression.. actually what we got was a lot of love and humour..."