World Cup: 'People are waiting for us to fail', says England's Jonny Bairstow 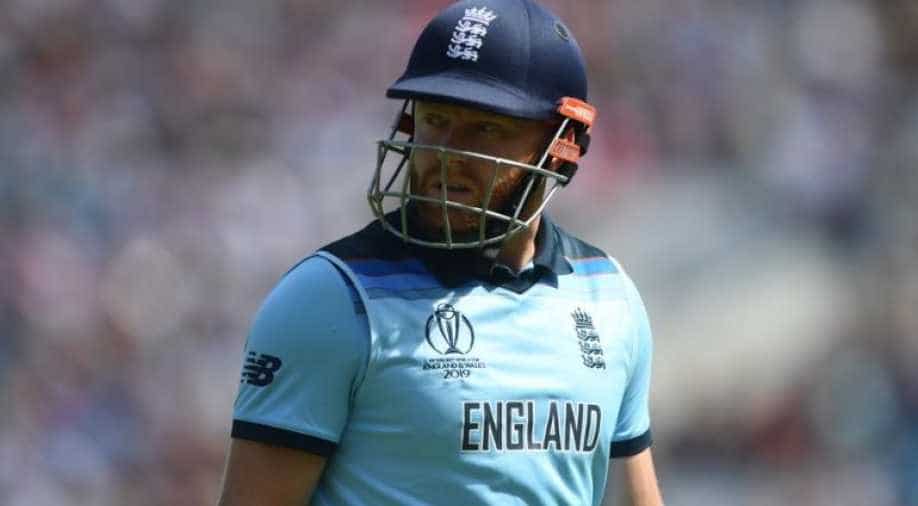 England's players-turned-pundits are paid to criticise the team and are waiting for the hosts to fail at the Cricket World Cup, opening batsman Jonny Bairstow has said.

Defeats to Pakistan, Sri Lanka and Australia have left England in a precarious position and they are yet to seal a semi-final spot with two group stage matches remaining against India and New Zealand.

England have not defeated either side at the World Cup since 1992 and former skipper Michael Vaughan suggested it could be the hosts' worst-ever campaign in the tournament if they are knocked out.

"I was in a radio interview and was surprised with a clip of Vaughan's comments. Bloody hell, that's pretty rich. Everyone is talking like we are eighth or ninth in the table. Bloody Nora, chill out... You're panicking. The comments and things like that, you can give it too much air time and then all of a sudden, before you know it, it's a big thing and it's actually really not," he added.

England's next game is at Edgbaston on Sunday against an unbeaten Indian side that leapfrogged the hosts to become the number one ranked one-day international (ODI) side this week.

Despite criticism about their approach at the World Cup, Bairstow said England would stick to their style and play the same aggressive cricket that has brought them success.

"It's going to be interesting against India, we obviously know the following that they've got and it should be a cracking atmosphere," the 29-year-old added.

"Last summer we played really good cricket against them and we won that series and we won it well, so I think we go about it the same way we went about it and have been going about our cricket. Our method doesn't change," Bairstow said.