'Stressed out' Djokovic brings intensity to atmosphere-free US Open 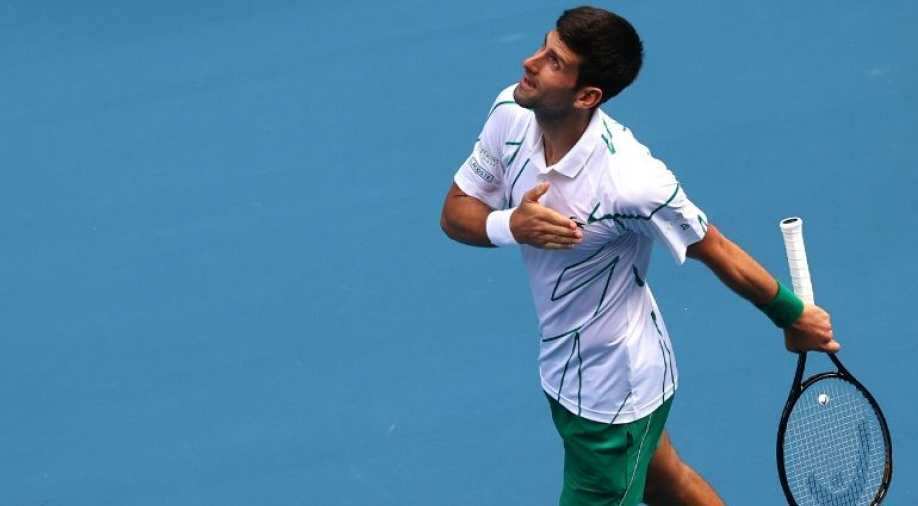 Novak Djokovic said his own "intensity" powered him into the second round of a crowdless US Open Monday as he started his bid for an 18th Grand Slam off with a straight-sets win.

Novak Djokovic said his own "intensity" powered him into the second round of a crowdless US Open Monday as he started his bid for an 18th Grand Slam off with a straight-sets win.

The world number one took just 23 minutes to win the first set but labored to a narrow victory in the second before propelling himself into into round two with a convincing third.

"I came out, played really well the first set. Second set I lost my focus, kind of got stressed out a couple times, screamed," he told reporters.

"That's obviously still there, regardless of the empty stadium. But this is what I bring to the court. I bring a lot of intensity, energy. Sometimes my reactions may not be so positive, but I try to bounce back," he added.

Midway through the second set a clearly agitated Djokovic shouted in the direction of the stands at members of his team.

"Not the first time, probably not the last time," he said.

"I was frustrated with my game, with some of the shots that I was playing at that time. Just I guess channeled it out in that way.

"That's I guess not always the reaction that I want. As I said, that's kind of a game and kind of an intensity that I bring on the court. Sometimes these things happen."

Djokovic was also irked by a serve-clock rule that appeared quicker than at last week's tournament at the same venue.

"I was not aware of it. No one really brought it to my attention. The lack of communication is something that worries me once again," he moaned.

"We've played in the certain tempo, got used to it during the Western & Southern tournament, which just ended two days ago.

"Two days later we have a different rule that was just not communicated to us. That's something that I found just not acceptable, not fair. But I guess I have to deal with it, and that's it."

The absence of defending champion Rafael Nadal and Swiss legend Roger Federer at Flushing Meadows gives Djokovic a prime opportunity to gain ground on his rivals in the chase for the all-time men's Grand Slam singles title record.

Djokovic currently has 17, behind Nadal on 19 and Federer on 20.

The 33-year-old takes on Britain's Kyle Edmund in the second round at the US National Tennis Center.

"He does have a really good serve and forehand, two really big weapons," Djokovic said of Edmund, ranked 44th in the world.

"I have a lot of respect for him. He's a really hard worker, puts a lot of hours on and off the court into perfecting his game.

"I think he does have the game and the potential to be in the top 20 without a doubt, where I expect him to be soon. So it's going to be a tough one," added the three-time US Open champion.