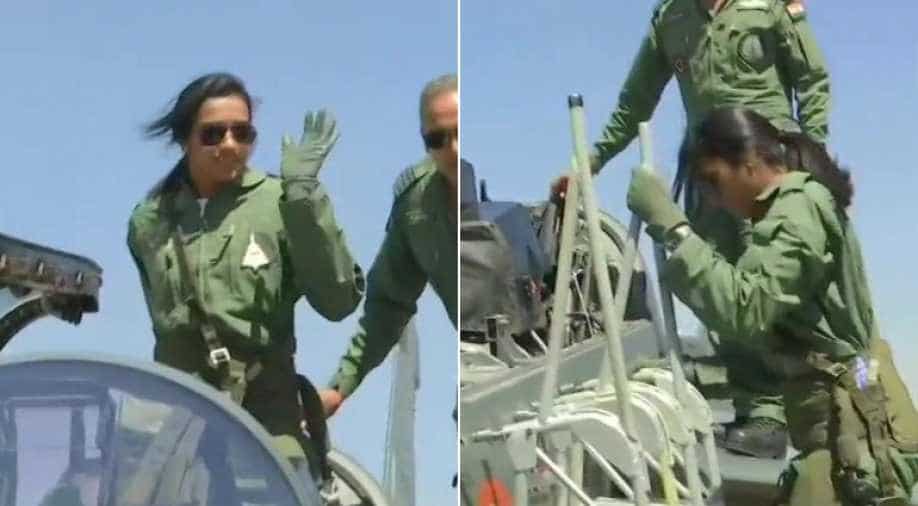 PV Sindhu was the co-pilot of a Light Combat Aircraft - Tejas.

Indian star shuttler PV Sindhu has added another accolade to her illustrious career as she co-pilots a Light Combat Aircraft - Tejas during the ongoing Aero India 2019 on Saturday at the Yelahanka Air Force base in Bengaluru.

The 23-year-old donned a green uniform and waved before taking off in the made-in-India Light Combat Aircraft (LCA).

Women's Day which is being observed on Saturday at Aero India 2019, where contribution on women in aviation is celebrated. An all-woman crew will fly few aircraft as part of the air display.

"The spell binding machines & operators of IAF are mesmerising the audience at Aero India 2019. 23th Feb 19, is dedicated to 'Women in Aviation' & IAF is being represented by Women Officers from varied ranks & branches," tweeted Indian Air Force.

Shuttler PV Sindhu waves as she is about to take off for a sortie in the indigenous Light Combat Aircraft - Tejas in Bengaluru. #AeroIndia2019 pic.twitter.com/w6G6nx6N2n

Badminton player PV Sindhu waves as she is about to take off for a sortie in the indigenous Light Combat Aircraft - Tejas in Bengaluru. #AeroIndia2019 pic.twitter.com/KvYkPLiGT5

The HAL Tejas is an Indian single-engine, a multirole light fighter designed by the Aeronautical Development Agency (ADA) and Hindustan Aeronautics Limited (HAL) for the Indian Air Force and Indian Navy.

It came from the LCA programme, which began in the 1980s to replace India's ageing MiG-21 fighters.