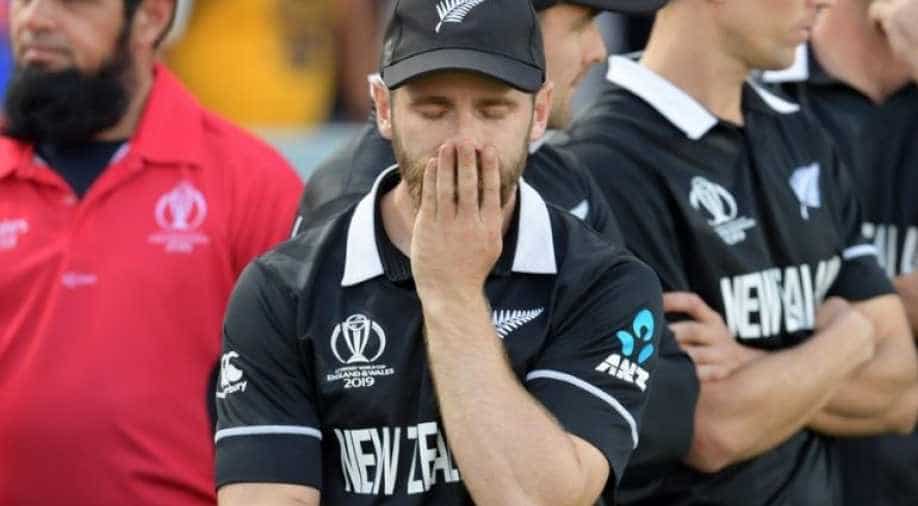 Kane Williamson admitted New Zealand's agonising World Cup final defeat against England was "hard to swallow" after his team were beaten on Sunday because they scored less boundaries than the new champions.

Williamson's side came desperately close to winning the World Cup for the first time at Lord's after both the match and the Super Over shoot-out ended tied.

England had finished on 241 all out in pursuit of New Zealand's 241-8, then both sides scored 15 in their six-ball Super Overs.

A curious tie-breaker rule meant the World Cup winners would be decided by the number of fours and sixes hit and that meant England were the ones celebrating.

Williamson conceded it was the most painful way to lose, but he refused to condemn tournament organisers the International Cricket Council.

"What did they win it on, boundaries? While the emotions are raw it's pretty hard to swallow when two teams work so hard to get to this moment in time," he said.

"We had two attempts to separate us and still couldn't -- it is what it is, the rules are there at the start and they probably never thought they would have to use them."

New Zealand's angst was exacerbated as they also lost the 2015 World Cup final against Australia and have never won the tournament.

It was especially traumatic for Williamson and company after they twice came close to beating England in the match and then the Super Over.

"Gutted, obviously. We put in a huge amount of work to get to the final and to pretty much do all we could," he said.

"I have spoken a lot about uncontrollables and there were a couple today which were hard to swallow.

"England are deserved winners, take nothing away from them. It's one of those things."

Having only qualified for the semi-finals on net run-rate after finishing level on points with Pakistan, the Black Caps were seen as outsiders in the last four.

But they stunned India in the semi-finals and came within a whisker of stopping England winning their maiden World Cup.

Williamson was dismissed for a disappointing 30 in the final, but he was still named player of the tournament for his prolific run-scoring and astute captaincy.

Insisting he was proud of his team's battling against-the-odds run to the brink of glory, he added: "The margins are so small but what you walk away with is the amount of heart that the guys have shown throughout the campaign."