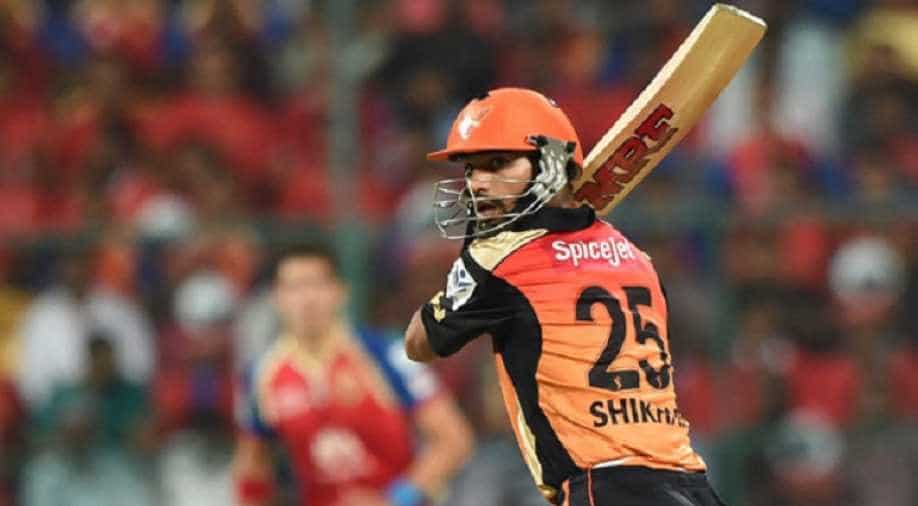 Dhawan's association with Hyderabad began in 2013, who went on to become the team’s top-scorer with a tally of 2768 runs from a total of 91 innings.

After weeks of speculation over Shikhar Dhawan being unhappy at Hyderabad due to the amount he is being paid, the IPL franchise on Monday swapped the southpaw in favour of three players from Delhi - Vijay Shankar, Shahbaz Nadeem and Abhishek Sharma.

Dhawan's induction is a homecoming for the left-hander who is not only a Delhiite, but also began his IPL career with Delhi in the inaugural IPL season in 2008.

Dhawan's association with Hyderabad began in 2013, who went on to become the team’s top-scorer with a tally of 2768 runs from a total of 91 innings.

Going into the IPL 2018 auction, Hyderabad had chosen to retain David Warner and Bhuvneshwar Kumar but paid Rs 5.2 crore to eventually buy Dhawan back using the Right to Match (RTM) card.

In the press release too, the franchise confirmed that the left-handed batsman was unhappy with the price tag.

We have traded Shikhar Dhawan to Delhi Daredevils for Vijay Shankar, Shahbaz Nadeem and Abhishek Sharma. We thank Shikhar for his contribution to the team over the years and wish him the very best. pic.twitter.com/oEqwJ61yw1

Subsequently, Dhawan was rumoured to be joining Mumbai to partner Rohit Sharma as the two openers share a great chemistry on the cricket pitch.

The deal with Delhi has still not been disclosed but his association with the franchise for the 2019 edition is confirmed.

Brace yourselves, for he has returned, where it all began!