IPL 2018: Players to watch out for in Rajasthan vs Hyderabad clash 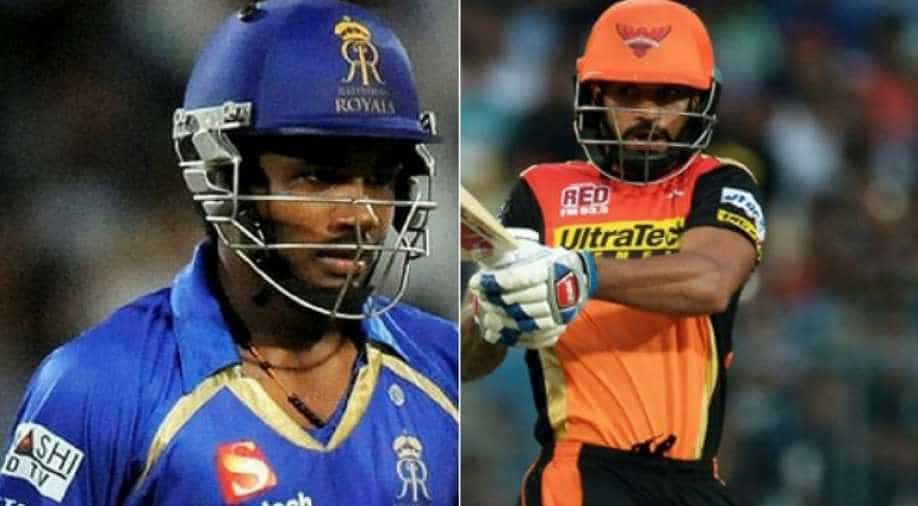 Ajinkya Rahane-led Rajasthan will be up against Hyderabad for the second time in this year's Indian Premier League (IPL).

Their first encounter was won by the Kane Williamson team by nine wickets after opener Shikhar Dhawan smashed a brilliant half-century.

As Rajasthan will have revenge on their minds, let us take a look at the players expected to perform in today's big clash

1. Sanju Samson - His ability to hit big and perform for Rajasthan, has earned him accolades in IPL this year. He is the only player who managed to deplete Hyderabad's bowling attack in their previous encounter. The right-handed scored 49 runs off 42 balls to help his side put a decent score on board. This record surely makes him the player to watch out for in today's game.

2. Manish Pandey - He scored a half-century against Punjab in the previous game. If in form, he can single-handedly help his team set a mammoth score against any bowling attack, making him the player to watch out for.

3. Jaydev Unadkat - So far his performance in IPL has not been at par. In six matches, Unadkat took just three wickets. Purchased at a whopping price of Rs 11.5 crore, it is important for him to stand to his billing. Hs attack and length is good but needs to play his natural game to swing wickets in his team's favour.

4. Shikhar Dhawan - He has not been able to maintain his form in recent games, but if we look at the last match against Hyderabad he was awarded the 'Man of the Match'. He scored a brilliant 57-ball-77 to help his side easily achieve the target. His innings included 13 fours and one six. As he is well aware of Rajasthan's bowling attack, he might just revive the title again.

5. Rashid Khan - In his last match against Punjab, Rashid took 3 crucial wickets, which marked a return to his lost form. He is capable of breaking any long partnership, making him the player to watch out for today.

Undoubtedly, Hyderabad has an upper hand over Rajasthan today.