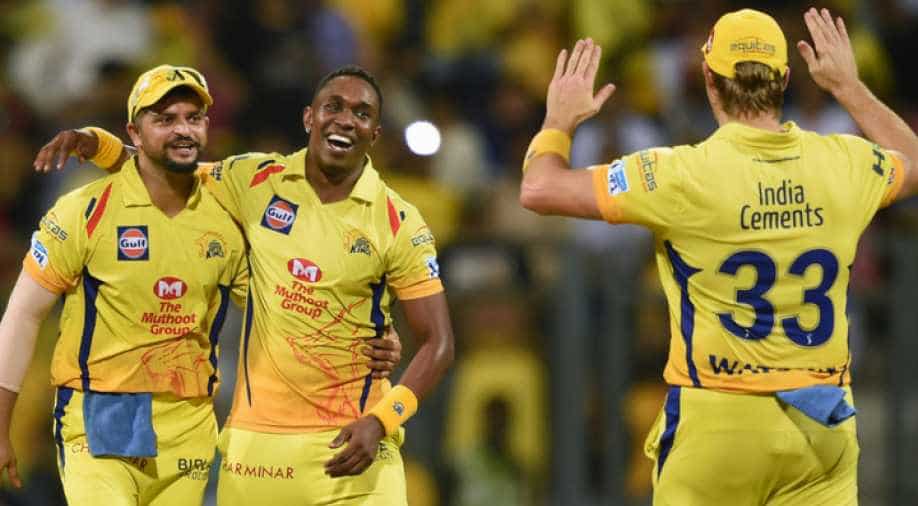 Hyderabad set a 140-run target for Chennai team in the first Qualifier of Indian Premier League 2018.

The score is a bit less than what it was expected in such crucial matches and that too for a team whose batting unit is massive.

Hyderabad team suffered an early jolt in the form of Shikhar Dhawan's wicket on the first ball of the innings but thanks to Windies player Carlos Brathwaite, who played a 43-run knock to help Hyderabad team to set a decent target for MS Dhoni-led Chennai.

On the other hand, Deepak Chahar who dismissed Dhawan played an important role in restricting the Hyderabad team. He gave 31 runs in his 4-over spell and took the most impost wicket also of Shikhar Dhawan.

Shreevats Goswami and Manish Pandey scored 12 and 8 runs respectively before losing their wickets to Lungi Ngidi and Ravindra Jadeja.

Skipper Kane Williamson tried to push the run rate but lost his wicket to Shardul Thakur after scoring 24 runs.

Shakib Al Hasan and Yusuf Pathan scored 12 and 24 runs for the team but Dwayne Bravo out bowled both of batsmen.

Carlos Brathwaite salvaged the team as he scored 43 runs off just 29 balls in a very crucial time.

'Waited in line for bread and milk every day': Djokovic opens up on his rough childhood