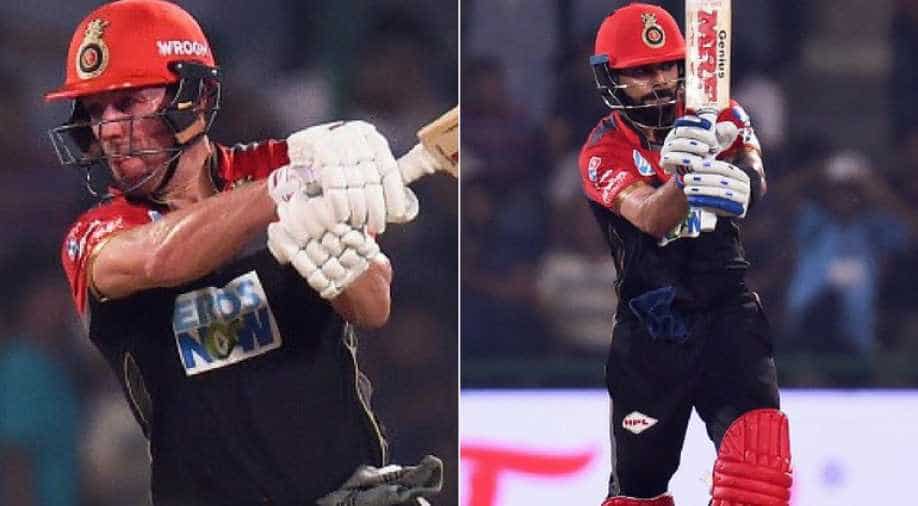 Kohli played a spectacular knock to help the team recover from the early losses.

He made 70 runs in just 40 balls which included seven fours and three sixes.

Supported by AB de Villiers at the other end, the two established 100-run partnership.

While Kohli lost his wicket, de Villiers continued his attack and single-handedly took the team to victory side.

Bangalore had a poor start after they lost openers, Parthiv Patel and Moeen Ali, cheaply, while chasing a target of 182 runs set by Delhi on Saturday.

For Delhi, Rishabh Pant continued his destructive form with a 34-ball 61 runs.

Virat Kohli had won the toss and invited the hosts to bat, playing first, Delhi put up a decent target of 182 runs.

Openers Prithvi Shaw and Jason Roy did not perform and failed to give the necessary start to the team after they lost their wickets to spinner Yuzvendra Chahal after scoring 2 and 12 runs respectively.

Pant raced to his fourth fifty of the season off 27 balls and was poised for another big inning.

The other set batsman, Iyer, too departed soon after Pant's fall, hurting the innings momentum to leave Delhi at 120 four in 15.1 overs.

WATCH: WWE champion Roman Reigns reacts to rumours of a potential match against The Rock at Mania