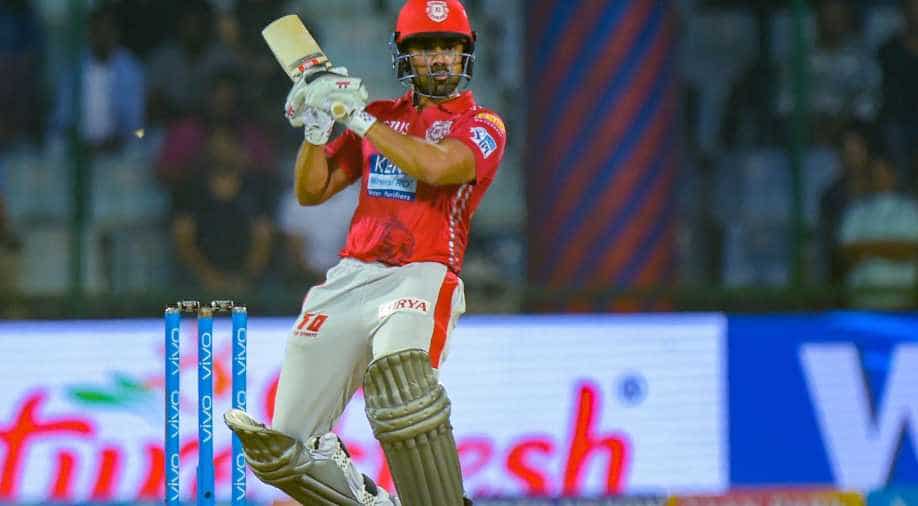 KK Nair plays a shot during the IPL match between Delhi and Punjab. Photograph:( PTI )

Pacers Liam Plunket and U-19 champ Avesh Khan thrashed the top batting order of Punjab, as Ashwin-led Punjab put up a modest 144-run target for Delhi on Monday at Feroz Shah Kotla stadium.

Earlier, Gautam Gambhir won the toss and opted to bowl in front of Delhi audience as it is the first game that Delhi is playing at its home ground.

In the absence of Chris Gayle, Aaron Finch opened the innings with KL Rahul but could not give a required start to the team.

Chris Gayle has been ruled out for today's match due to some health issues.

KL Rahul, who has been tremendous so far in the ongoing tournament, scored just 23 runs off 15 balls, Aaron Finch failed to fill Gayle's space as under-19 star pacer Avesh Khan took his wicket in the second over.

Gautam Gambhir had made five changes for the game, Chris Morris, and Jason Roy are injured so they were replaced by Dan Christian and Liam Plunkett.

Playing the first game of IPL 2018, Liam Plunkett produced his best bowling figures, he took three wickets by giving 17 runs in his 4-over spell.