Watch: Out or not out? Debate over Virat Kohli's wicket is on 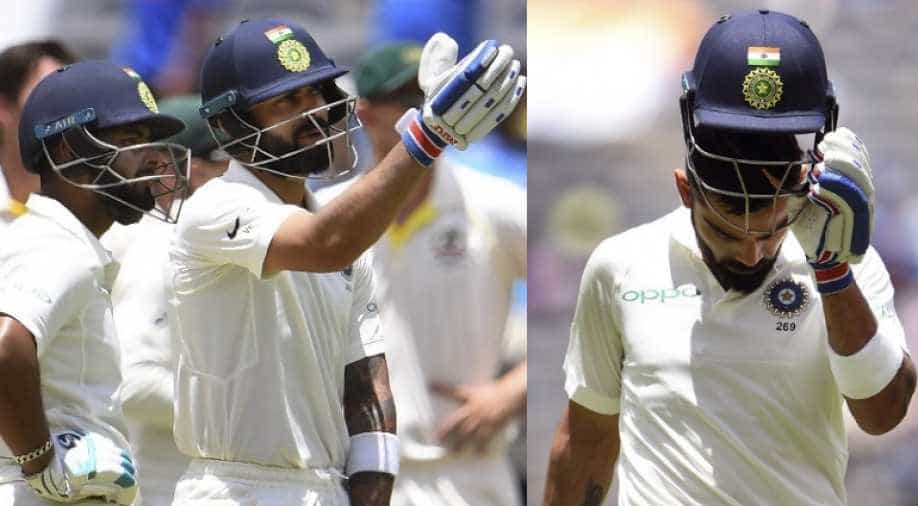 There were some confusion on Virat's wicket and the on-field umpire referred the decision to the third umpire.

India captain Virat Kohli slammed his 63 international century playing against Australia in the second Test of a four-match series.

His brilliant innings of 123 came to an end when he edged Pat Cummins to a forward-diving Peter Handscomb at second slip.

While the debate over the accuracy of the catch is still on.

There were some confusion and the on-field umpire referred the decision to the third umpire.

The third umpire signalled it out after reviewing it from all the possible angles.

He hit 11 fours in the battling 214-ball knock after coming to the crease with his team in trouble after losing two early wickets.

It's not out @imVkohli pic.twitter.com/MxpwwDcXXg

However, Virat was not happy with umpire's decision and reacted aggressively.

In the first innings, India were bowled out for 283 after lunch as Australia gained a valuable 43-run first innings lead.