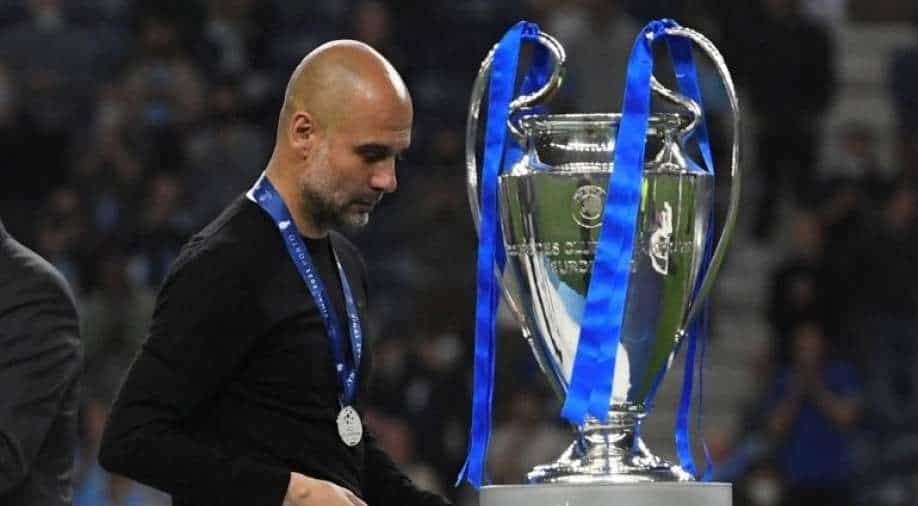 "I would like to say it was an exceptional season for us," said the Spaniard. "It was a dream for us to be here, unfortunately we could not win.

Manchester City coach Pep Guardiola said their season remained an exceptional one despite the campaign ending in disappointment with a 1-0 loss to Chelsea in Saturday's Champions League final.

City clinched a fifth Premier League title in the last 10 years with ease this season, Guardiola's third domestic crown since arriving at the club, but the Champions League continues to remain elusive after Kai Havertz's winning goal for Chelsea.

It was City's first appearance in the final of Europe's elite club competition but they ultimately came up short, but Guardiola was still happy with his side's work this term.

"I would like to say it was an exceptional season for us," said the Spaniard. "It was a dream for us to be here, unfortunately we could not win.

"For most of us in this club it is the first time here, but we work to come back one day.

"It was a tough season in the pandemic, but we learn from this for the future. I have incredible respect for the players, they gave everything, but we will come back stronger. I want to congratulate them for their exceptional season."

Guardiola has won two Champions League titles as a manager, both with Barcelona, but none since 2011, and was again unable to bring City their first European Cup.

City, who won the League Cup as well as the Premier League title, have been relentless at times this season, but on their big night they could only muster one shot on target all match.

"It was a tight game and we had some chances, but against the defensive structure of Chelsea it is not easy," Guardiola said.

"We struggled with long balls and second balls. In that moment you need the inspiration and quality, there were three or four moments that were close but didn't arrive.

"We played in the Champions League final, we won the Premier League again and competed well all season. Now, I want to go home with my family I have not seen for a long time, take a break, and start working on how to approach next season."