Dutee Chand: My own sister is blackmailing me, she asked me for Rs 25 lakh 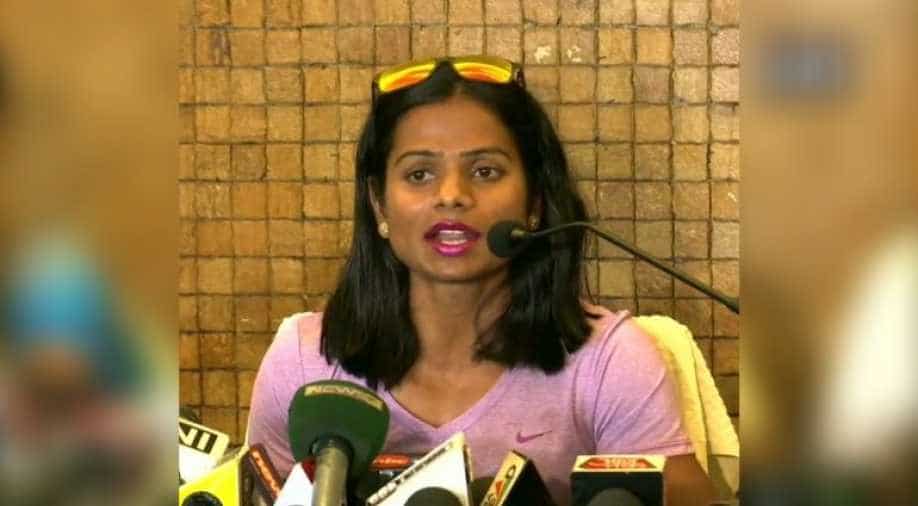 'Since she was blackmailing me, I was forced to come out about my relationship,' said Dutee Chand

Indian sprinter Duttee Chand said that her sister is blackmailing her because of which she came out in public about her same-sex relationship.

Duttee said, "My own sister is blackmailing me, she asked me for Rs 25 lakh. She had once beaten me, I'd reported to the police."

"Since she was blackmailing me, I was forced to come out about my relationship," she added.

Earlier her eldest sister Saraswati, who is also an athlete had threatened to not only expel her from the family but also send her to jail.

Saraswati even claimed, "With great sorrow, I have to say that the decision taken by Dutee is not of her own. She's been pressurised and blackmailed into marriage by that girl and her family. All of this has been done to grab the property and wealth of Dutee."

"Dutee's life and property are in danger. That's why I request the government to provide protection and security to Dutee," Saraswati added.

Dutee won a landmark 'gender' case against the IAAF in an appeal to the Court of Arbitration in 2015 and she was allowed to compete after being banned for one year.

The CAS suspended the IAAF's policy on hyperandrogenism for two years.

Later the world body changed the policy, which applicable only on female athletes competing in the range of 400m to 1500m, leaving out Dutee, who competes in 100m and 200m, from its ambit.