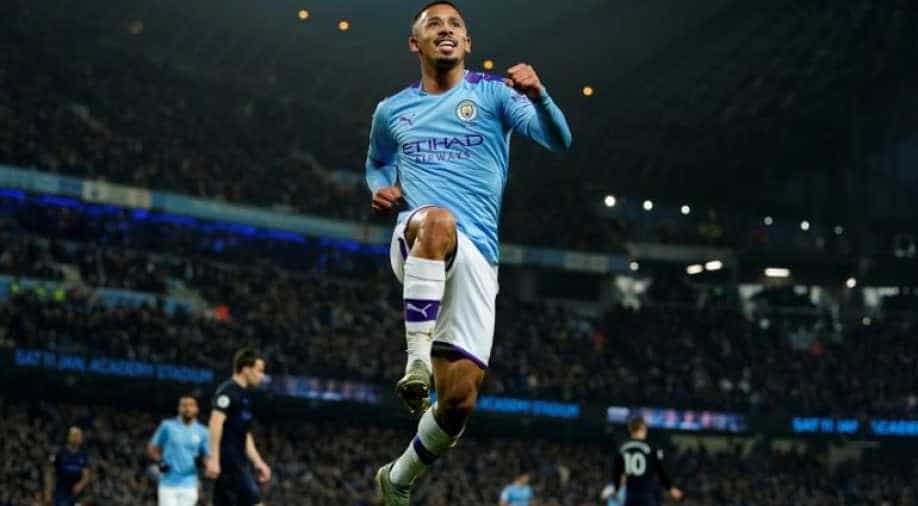 Ferran Torres, Gabriel Jesus and Joao Cancelo were on target as Manchester City made it three wins out of three in Champions League Group C with a 3-0 win over Olympiakos at the Etihad Stadium on Tuesday.

Ferran Torres, Gabriel Jesus and Joao Cancelo were on target as Manchester City made it three wins out of three in Champions League Group C with a 3-0 win over Olympiakos at the Etihad Stadium on Tuesday.

The result leaves City three points clear of Porto at the top of the group, and a single point in the return fixture on Nov. 25 would secure progress for City to the knockout stage.

Torres put City ahead in the 12th minute, playing a smart one-two with Kevin De Bruyne before confidently slotting home for his third goal in as many games in the competition.

Raheem Sterling had the ball in the net in the 32nd minute, but his effort was ruled out for offside, as City dominated play. But the Greek side grew into the game after the break.

The visitors should have drawn level in the 55th minute when a sloppy pass from Phil Foden fell to Mathieu Valbuena, but the 36-year-old French winger miscued his shot.

While Olympiakos rarely threatened, City needed another goal to ease their nerves and it came from substitute Gabriel Jesus in the 81st minute, the Brazilian hammering a shot in from close range at the near post after being slipped in by De Bruyne.

Defender Joao Cancelo made sure of the points in the 90th minute, which leaves City in a commanding position at the top of the group, with a well-placed shot from outside of the area.

City now face Liverpool in the Premier League on Sunday, and Guardiola used all five subs in the second half, perhaps with half an eye on that clash with the league champions.

“In the first half we played really well. In the second half we struggled for some moments but when we scored the second one it was over,” said Guardiola.

“We have five days to recover for Liverpool and then the international break. The forecast in the next three days says it will be sunny in Manchester. It’s rare. We’re going to recover and have a day off. After that on Friday and Saturday we’ll prepare for the Liverpool game. But the players need a break,” he added.

Olympiakos coach Pedro Martins was upset with the way his team had played in the early stages of the game.

“I am very disappointed with our game in the first half. We looked frightened, didn’t go after the ball, we respected our rivals too much – we only committed one foul.

“But in the second half we played like Olympiakos. We were better, got more possession and found ourselves.”