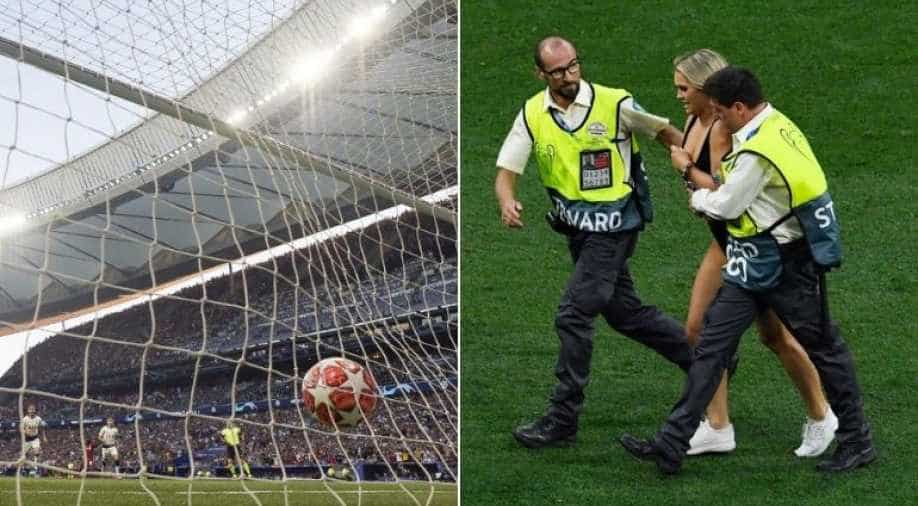 A supporter is escorted out of the pitch during the UEFA Champions League final. Photograph:( AFP )

The UEFA Champions League final match between Liverpool and Tottenham Hotspur was halted for a few seconds when a female fan invaded the pitch, wearing a black swimsuit, in the first half of the game.

The female pitch invader later identified as a Russian swimsuit model Kinsey Wolanski, who is an Instagram model and her handle is @kinsey_sue.

As per the reports, Wolanski is the girlfriend of YouTube prankster Vitaly Zdorovetskiy, popular for his YouTube name VitalyzdTV.

A penalty in 22 seconds

In the match, Mohamed Salah's early penalty and a late goal by Divock Origi steered Liverpool to a sixth Champions League title on Saturday as they beat Tottenham 2-0 in an all-English final in Madrid.