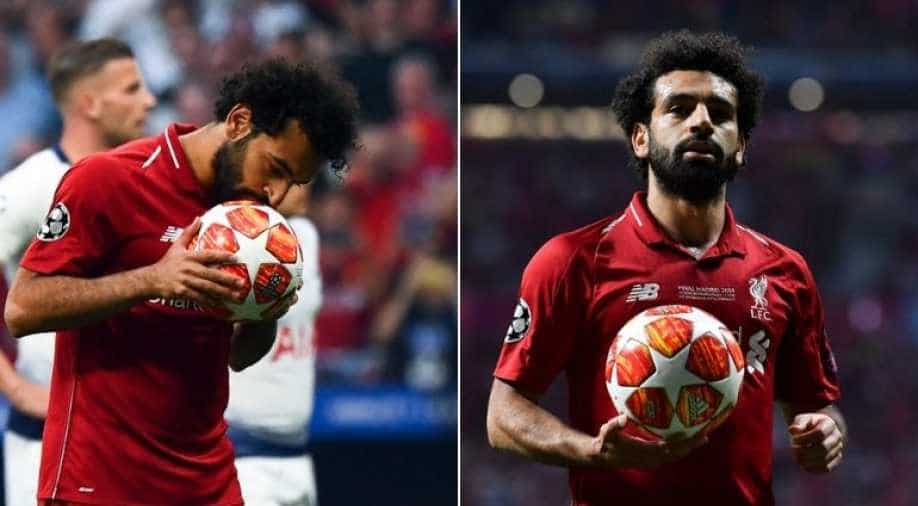 Liverpool star striker Mohamed Salah scored in the second minute to give his side an advantage in the UEFA Champions League final against Tottenham Hotspur in Madrid.

Italy great Paolo Maldini holds the record for the fastest goal after he scored with just 50 seconds gone in the 2005 final against Liverpool.

Mohamed Salah took on the responsibility and converted the penalty into a goal and became the first Egyptian to score in the Champions League final.

Mo Salah seemed to have gotten over from the ghosts of last year's UCL final against Real Madrid when he was forced to leave the field after a shoulder injury.

For the match, Harry Kane returned from almost two months out with injury to start for Tottenham.

"I think we believed and we felt that in the last few weeks he was ready to compete," said Spurs coach Mauricio Pochettino before kick-off.

"We give him time to feel that emotion and determination, and yesterday we confirmed that he was ready," he added.

Pochettino dropped Lucas Moura to make room for Kane, despite Moura scoring an incredible hat-trick as Tottenham came back to knock out Ajax in the semis.

Liverpool's own centre forward Roberto Firmino also made it into Jurgen Klopp's starting line-up at the Wanda Metropolitano.

James Milner dropped to the bench, as Klopp picked a midfield trio of Jordan Henderson, Fabinho and Georginio Wijnaldum, who scored twice in Liverpool's stunning semi-final fightback against Barcelona.