Bumrah's determination has made him a match winner for India, says fielding coach R Sridhar 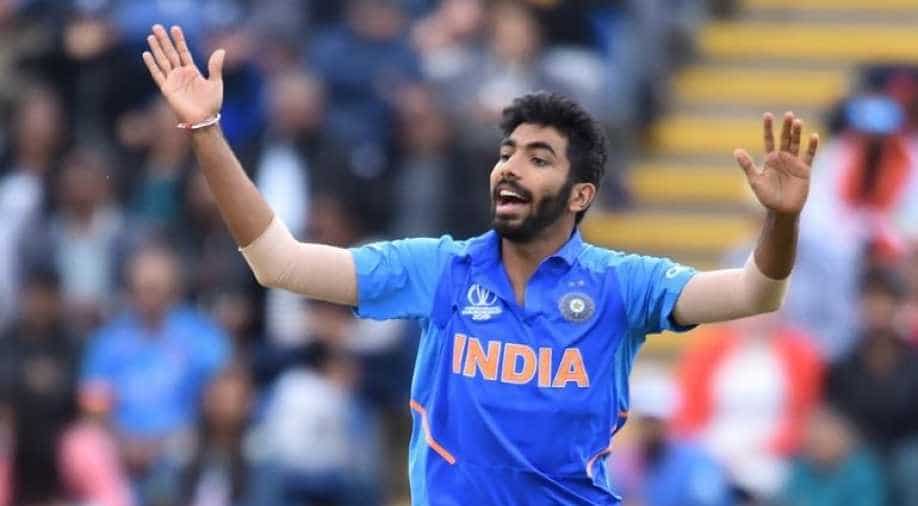 He is a proven match-winner with the ball but it is Jasprit Bumrah's tremendous work ethic that has made him one of the most improved Indian fielders over the last three years, said fielding coach R Sridhar.

Bumrah's unusually slinging action has caused sleepless nights to many batsmen across teams but he wasn't exactly the swiftest of movers across the turf when it came to fielding.

"Bumrah is probably one of the hardest workers as far as fielding goes. From when he joined the team in 2016 to what he is now, he's a massive improvement, although still a work in progress, a massive improvement," Sridhar told media persons during an interaction after India's match against New Zealand was called off.

Increased awareness and determination to raise his game has changed things for the Gujarat pacer, feels Sridhar.

"The mindset of the players combined with the increased levels of fitness, and then we can chip in with the technical aspect of fielding and the awareness and anticipation part. So combining all this definitely helps them improve their fielding skills," the former Hyderabad left-arm spinner said.

Sridhar said some of the guys who aren't naturally athletic like Bumrah, Kedar Jadhav and Yuzvendra Chahal, were keen to work hard on their fitness and attain a level which is at par with international standards.

"One area is we try to educate them with awareness with respect to fielding, and we try to work on fitness. Obviously, (Shankar) Basu (strength and conditioning coach), works a lot on their fitness as well. We've got a lead-up to this tournament to work with Chahal, Bumrah, Kedar, guys like this, who are willing to work really hard and to work on their skills. So that really helped," Sridhar said.

Sridhar said that at a personal level, he is very happy with the overall fielding standard of the Indian team.

"I think I'm - personally, I'm very happy with the kind of resources I have. We have a terrific slip catcher and a safe catcher in Rohit, and we have two guys, Virat (Kohli) and Jadeja, who are very intimidating to the position. They can intimidate any batsman, and they are prowling in the 30-yard range,'' Sridhar added.

"To complement that, we have a player in Hardik Pandya, who can really help when needed. We are safe catchers," the coach assessed.

The right attitude is always a key in a sporting arena and Sridhar said that's something that this current lot have in abundance.

"The biggest thing that came out to me was the attitude of the fielders, where they put the team ahead of themselves, but these are the qualities which you need when you want to go out and win championships," he said.