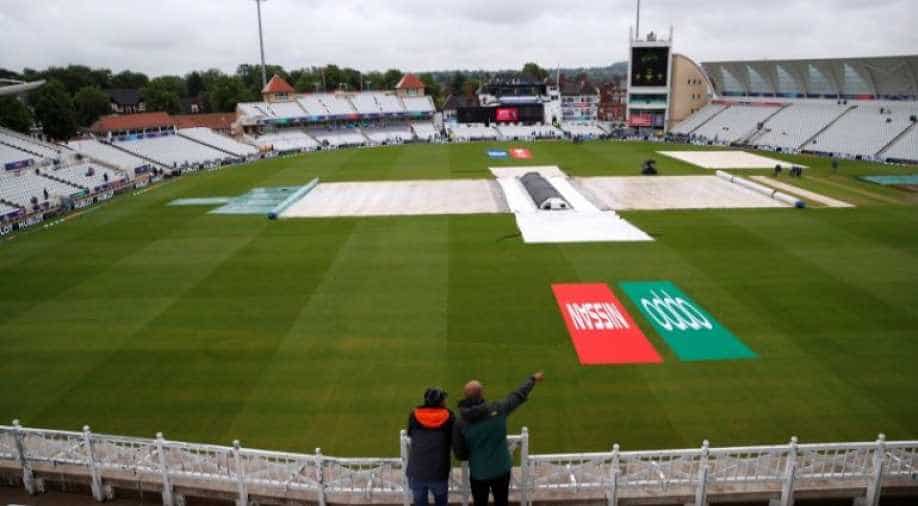 Inclement English weather claimed yet another World Cup match after India's group game against 2015 finalists New Zealand was called off without a ball being bowled at Trent Bridge on Thursday.

A soggy outfield from overnight showers had already delayed the start of the contest between the tournament's only two unbeaten side.

Umpires Marais Erasmus and Paul Reiffel carried out almost hourly inspections in the intermittent drizzle before finally throwing in the towel in the afternoon.

The umpires said, "It's been unfortunate but that's the way it is. The groundstaff did their best but the weather 48 hours prior to today made it really difficult for them."

This was the fourth match to be either called off or abandoned in the rain-hit tournament with many questioning the absence of reserve days for group matches.

Unfortunately, India's #CWC19 game against New Zealand has been called off due to the rain 😭.

New Zealand top the table with seven points, two ahead of India who have played one game fewer.