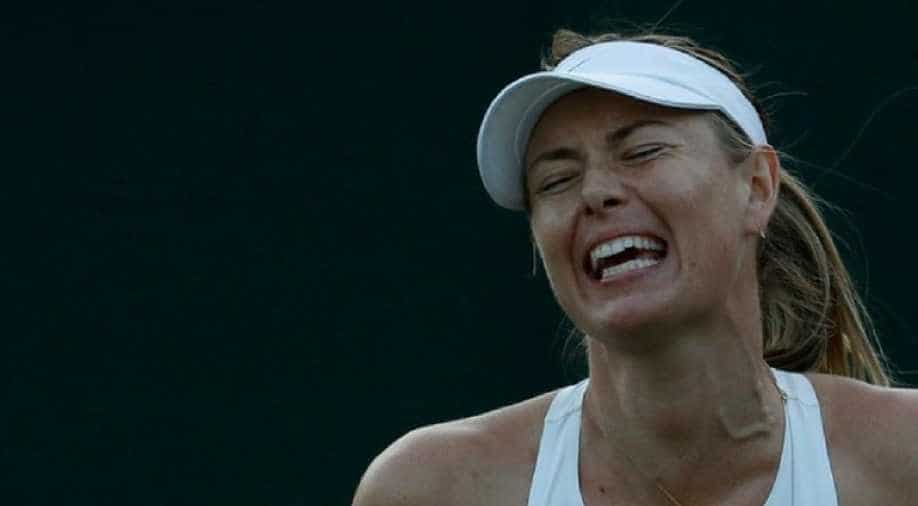 Barty will now play Petra Kvitova in the quarter-final.

Hometown hero Ashleigh Barty muscled past Maria Sharapova Sunday to make the Australian Open quarter-finals where she will meet Petra Kvitova who matched her best Slam performance since a terrifying knife attack derailed her career.

Five-time major winner Sharapova claimed her biggest scalp since completing a drugs ban in 2017 when she rolled defending champion Caroline Wozniacki in round three and looked on track to carry the momentum forward.

The 30th seed won the first set but then fell to pieces in front of a parochial crowd who booed her at times, losing nine games in a row to surrender the second and go two breaks down in the third.

Despite offering some late resistence, and some unbelievable tennis, there was no way back for the 2008 champion.

"She is an absolute champion," Barty said of Sharapova.

"She was never going to go away. I knew I had to keep chipping away -- in a sense, trust the work we've done.

"I know that I can match it with the best."

The diminutive Barty, 22, has been in sizzling form, winning seven of eight matches this year to back up a title victory in Zhuhai late last year.

Her win makes her only the third home player this millennium to reach the last eight in Melbourne, following Alicia Molik in 2005 and Jelena Dokic in 2009.

Next up is Kvitova, who beat Barty in the final of the warm-up Sydney International this month.

The two-time Wimbledon champion blazed her way into the quarter-finals with an emphatic straight sets win over 17-year-old Amanda Anisimova.

The Czech eighth seed downed the unseeded American 6-2, 6-1 to match her best performance at a major since being slashed in a terrifying attack at her home in late 2016 that left her with lasting nerve damage in her fingers.

She gingerly returned to action at the 2017 French Open and made the quarters at Flushing Meadow that year, with her efforts Sunday the best since then.

"I'm feeling good. It is important for me to enjoy time on the court and playing tennis, which is the main thing for me," said the Czech, who is in the quarters at Melbourne for the first time since 2012.

"And being in the quarter-final and in the second week of a Grand Slam, I'm really enjoying it."

Close contest
Roger Federer and Rafael Nadal, with 37 Grand Slam titles between them, have so far been in fine fettle.

The Swiss great, the double defending champion who is targeting a record seventh crown at Melbourne Park, has a tough evening test against young Greek Stefanos Tsitsipas, seeded 14.

"I think he played really well there. I actually did too. I thought it was really high quality tennis," he said.

The reward for the winner is a quarter-final against either Marin Cilic, who Federer beat in the final last year, or Roberto Bautista Agut, the man who ended Andy Murray's tournament and possibly his career.

Nadal also has a testing encounter with fellow veteran Tomas Berdych, who reached the semi-finals in 2014 and 2015 but is unseeded this year after an injury layoff.

Whoever comes through that clash will meet either 20th seed Grigor Dimitrov or unseeded American birthday boy Frances Tiafoe, who turned 21 on Sunday.