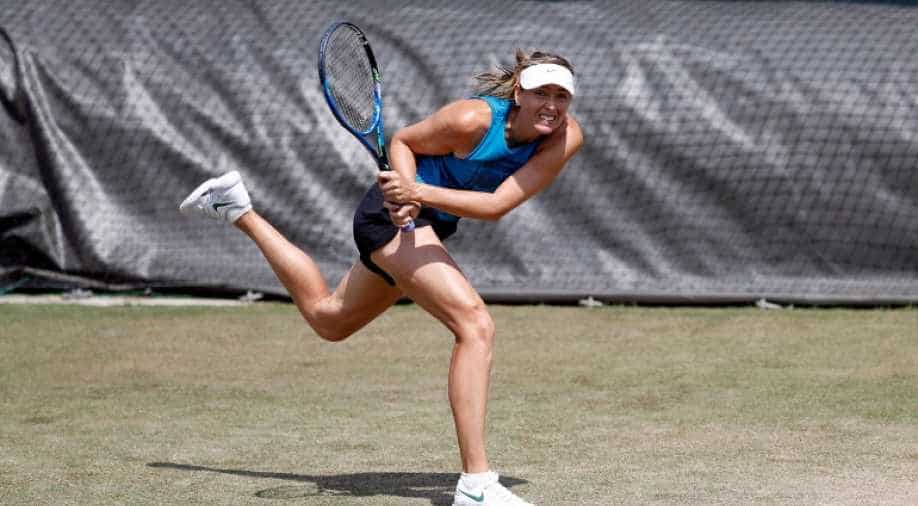 Sharapova struggled to move on court and conceded the opening set 6-1, with coach Thomas Hogstedt urging the Russian to take her game to the next level or call for a medical timeout.

Former world number one Maria Sharapova's Australian Open preparations suffered a blow after a thigh injury forced her to retire from the Shenzhen Open quarter-final clash against Aryna Sabalenka on Friday.

Sharapova struggled to move on court and conceded the opening set 6-1, with coach Thomas Hogstedt urging the Russian to take her game to the next level or call for a medical timeout.

"If you feel more like you did on the first point, then you just stop. Or you take a medical now," he said. "But the shots are there... you have to get it up to another gear."

After receiving treatment off-court between sets, Sharapova sprinted out of the blocks to record a service hold and then pushed Sabalenka in the next game, creating three break point opportunities.

Sabalenka, however, turned things around to move 4-2 ahead before her Russian opponent found herself unable to continue and retired from the match.

Sharapova, who won the Australian Open in 2008, tasted Tianjin Open success in 2017 after a 15-month doping suspension but has endured a difficult run at the Grand Slams.

A quarter-final appearance at the French Open last year gave reasons for optimism but early exits at Wimbledon and the U.S. Open showed her game lacked the sharpness to compete at the highest level.

World number 13 Sabalenka will face the winner between Romanian qualifier Monica Niculescu and China's Wang Yafan for a spot in the Shenzhen final.

The Australian Open begins in Melbourne on Jan. 14.