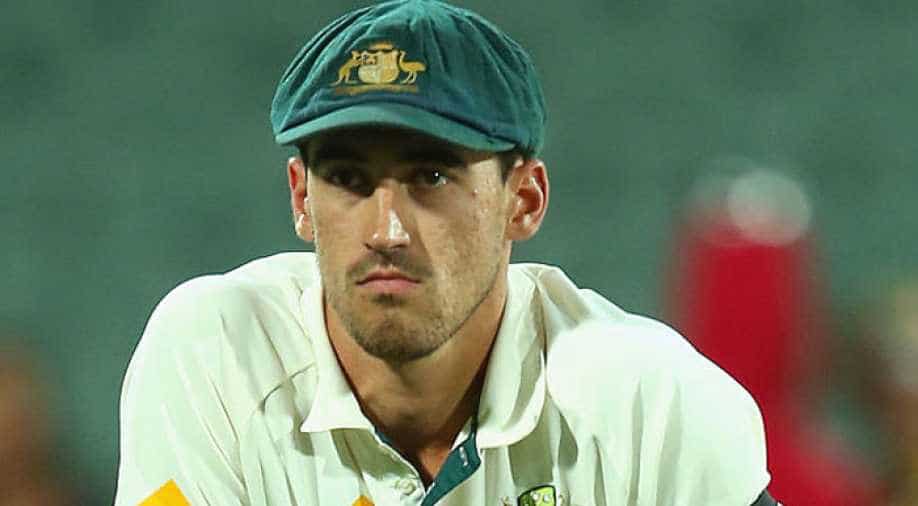 The left- arm bowler did not bowl in the final session of day two at Abu Dhabi on Wednesday and spent time off the ground.

Australia pace spearhead Mitchell Starc is battling a hamstring strain and may not bowl again in the second test against Pakistan or in the upcoming Twenty20 series.

The left-armer did not bowl in the final session of day two at Abu Dhabi on Wednesday and spent time off the ground as Pakistan built a commanding 281-run lead in their second innings after skittling Australia for 145.

Australia will be keen to preserve their main strike weapon for the test series against India at home and may not risk him for the three Twenty20 matches against Pakistan starting next week.

"It's just a bit of management of Mitch," Australia opener Aaron Finch said. "Obviously the conditions are pretty hot, so trying to look after the fast bowler.

"As far as I know he is (okay). He bowled with enough pace today."

Paceman Peter Siddle has been added to the squad for the T20 series, Cricket Australia said.

With the first test drawn and Pakistan holding the whip-hand at 144 for two at stumps on day two, Australia head into day three needing quick wickets to keep their slim hopes of winning their first series in Asia since 2011 alive.