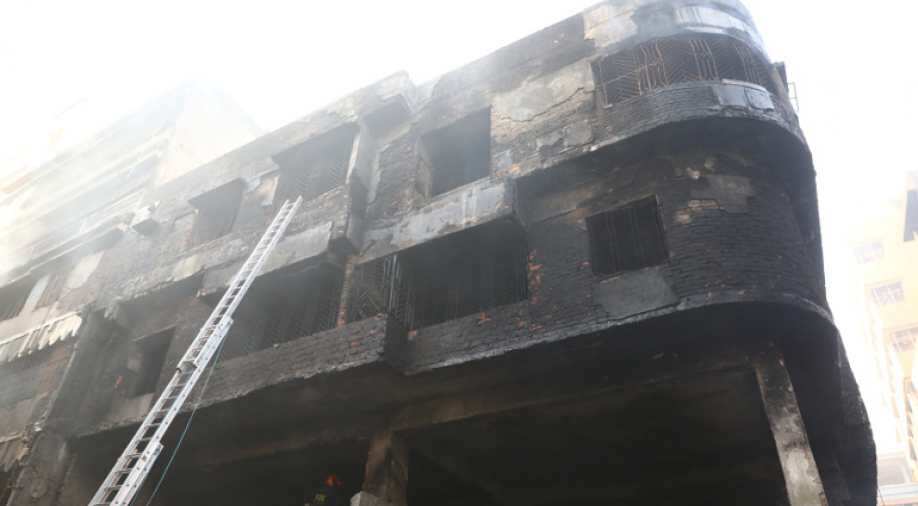 A general view of a burnt warehouse in Dhaka. Photograph:( Reuters )

Fires and building collapses are common in the country -- particularly in the multi-billion dollar garment industry -- where building regulations are lax and volatile chemicals are often improperly kept.

Dozens of people were killed in the Bangladesh capital Dhaka on Thursday in a blaze that ripped through apartment buildings where chemicals were stored.

Fires and building collapses are common in the country -- particularly in the multi-billion dollar garment industry -- where building regulations are lax and volatile chemicals are often improperly kept.

Here are some of the worst incidents in Bangladesh.

Another 2,000 people were injured in the disaster, which highlighted the failure of many top Western fashion brands to protect workers in the poor developing countries where their goods are manufactured.

In 2016 a court ordered 38 people, including owner Sohel Rana, to face trial for murder for falsely certifying the factory complex as safe. Proceedings have dragged however, and prosecutors say a verdict could take five more years.

Bangladesh's deadliest industrial blaze was in June 2010, when 117 people died in a fire that ripped through one of Dhaka's most densely populated areas.

The fire -- fuelled by a chemical warehouse -- destroyed several multi-storey apartment buildings and gutted a string of small shops.

A fire swept through a nine-story garment factory near Dhaka in November 2012 killing 111 workers. An investigation later found it was caused by sabotage and managers at the plant prevented victims from escaping.

"I broke open an exhaust fan in the second floor and jumped to the roof of a shed next to the factory," said one survivor. "I broke my hand but survived somehow."

Thirty-one people were killed when a fire triggered by a boiler explosion tore through a packaging factory north of the capital in September 2016.

The blaze is thought to have spread quickly because of chemicals stored on the ground floor.

An industrial boiler exploded at a factory killing 13 people and causing part of the six-storey building to collapse in July 2017.

Most of the plant's 5,000 workers were off for the Eid holidays when the boiler exploded during maintenance work.