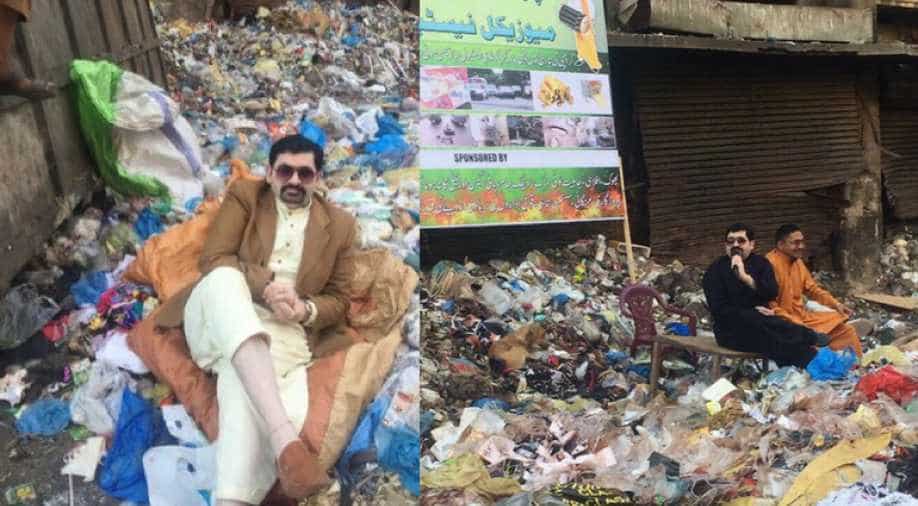 With the Pakistan elections right around the corner, politicians are going to great extent to bag as many votes as possible.

One politician in Pakistan who is contesting as an independent candidate from Aam Aadmi Party Pakistan, Karachi (NA-243), has done what no other would have thought of.

Ayaz Memon Motiwala has started a unique campaign to attract the attention of voters in Karachi. He has been sitting in garbage dumps, lying down in sewage water to ask peoples for votes.

Reports say that he has chosen this unusual stunt because his locality suffers from unhygienic and faulty sewage system. In one of the videos, which went viral, he is seen inside a gutter and having lunch around a garbage pit. Another video also showed him drinking sewage water.

Meanwhile, photographs that show him sitting on a pile of garbage, lying down in sewage water and inside a pothole were shared by him on Facebook.

Since then his post has got over 1,800 'likes' and hundreds of comments with some calling it a cry for attention. Memon is also offering free gifts to people who decide to become members of his party.

Reports say that Motiwala has been doing these stunts to highlight the issue ahead of the upcoming elections.

The Pakistan general elections are set to begin on July 25.