The beat is fading for Pakistan's Ramadan drummers 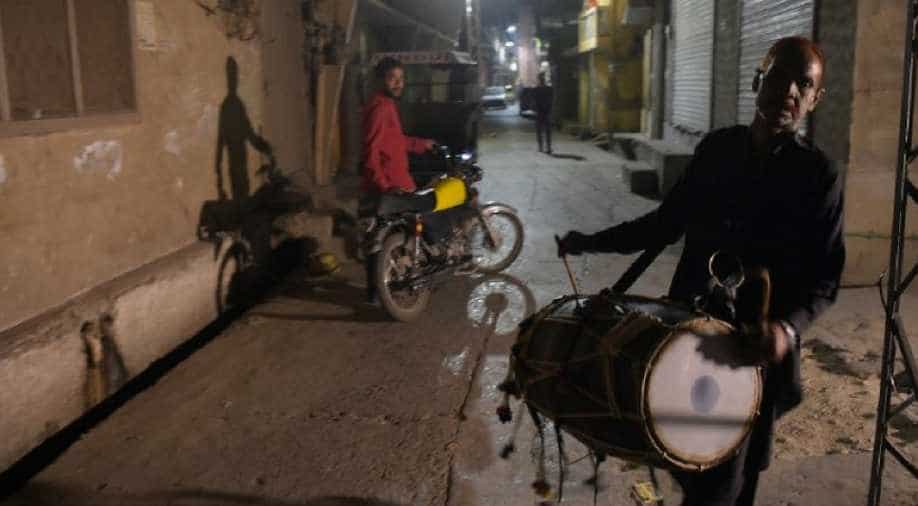 Lal Hussain saunters through Rawalpindi's empty streets at 1:00 am shattering the silence with syncopated drum beats, awakening startled Pakistanis so they can sleepily eat one last meal before the day's Ramadan fasting begins.

"Wake up and eat your morning meal!" he howls along with the Bhangra-inspired beats emanating from his dhol drum.

Hussain has been faithfully hitting the streets every Ramadan for the last 35 years, walking with his tasselled drum for miles through the deserted byways and back alleys of the city's old quarter.

Mothers and children peek through their windows to catch a glimpse of the drummer as he passes, while men greet him in the streets offering small amounts of cash as thanks for his service.

But this centuries-old tradition is becoming rarer in Pakistan.

Millions of devout Pakistanis observe the holy fasting month of Ramadan. From sunrise onwards they abstain from food and drink, breaking their fast at sunset with a meal called iftar.

Then in the hours before dawn, they eat once more, with sehri, the morning meal, giving them a final opportunity to consume litres (pints) of water and juice and plates of food before the day-long fast.

Drummers once provided the heartbeat to the sehri ritual but their future is uncertain as more Pakistanis connect to the grid and purchase smartphones.

Now, people almost universally rely on phone alarms, digital clocks or public announcements on loudspeakers to rouse them from their slumber in time for sehri.

"Need is the mother of innovation," says Uxi Mufti, former director general of Pakistan's national institute of culture and heritage.

"Now when (the drummers) are not required, they are vanishing."

Every year fewer drummers fan out in the cities and villages across Pakistan during Ramadan to wake their fellow Muslims for sehri.

"Hardly a dozen drummers are left in Rawalpindi," Hussain tells as he makes his rounds through the city of some five million people.

"There used to be a drum beater in every street but now many of them have gone. The younger generations have adopted other professions."

Even as his fellow drummers have retired or abandoned the tradition, the 66-year-old persists undaunted as he battles hepatitis C -- determined to keep the practice alive for as long as possible.

His dedication has endeared him to residents.

"It rekindles (memories of) our forefathers, our culture, so we enjoy it in the same manner," says Yasir Butt.

"There are people who tell me to continue with drum beating as they don't trust their mobile phones," he says.