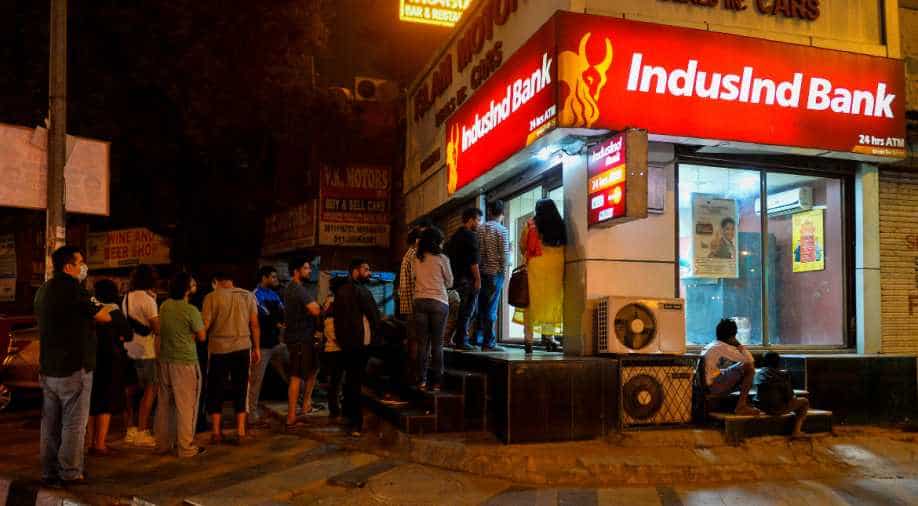 Tuesday's announcement comes just over a month after the government raised nearly $10 billion through a tax amnesty for Indians to declare hidden income and assets. In photo: Indian residents queue to try to withdraw money in November 8, 2016. Photograph:( AFP )

People across the country queued up at Automatic Teller Machines (ATM) and gas stations on Tuesday evening after India announced the withdrawal of notes of higher denominations from the financial system from midnight.

In an unscheduled public address, Prime Minister Narendra Modi said INR 500 and 1,000 banknotes were being withdrawn from circulation as part of a crackdown on rampant corruption and counterfeit currency.

Many were caught off-guard by the announcement, especially tourists outside of their home.

"If I didn't have change... The taxi driver had refused to take 500, so I was saved. But there would be so many people facing problems. This was a simple issue. There can be bigger matters - you have to pay rent, but people will refuse (to accept money). How will you buy things tomorrow?" said Gulzaar, a Mumbai resident who is currently in Delhi.

The surprise step appears designed to bring billions of dollars worth of cash in unaccounted wealth into the mainstream economy, as well as hit the finances of Islamist militants who target India and are suspected of using fake 500 rupee notes to fund operations.

Terming it a "standardisation time for the economy", Arindam, a resident of southern Chennai city, said the decision had to be sudden in order to achieve maximum impact.

"These decisions need to be surgical, isn't it. I mean, the motive of the government requires this kind of surgical action," Arindam said.

Tuesday's announcement comes just over a month after the government raised nearly $10 billion through a tax amnesty for Indians to declare hidden income and assets.

Many opined though the move was welcome, steps should be taken to ensure people don't face any difficulty.

Meanwhile, opposition Congress party raised questions on the validity of the move, as INR 2,000 notes were being introduced after withdrawing INR 1,000 notes.