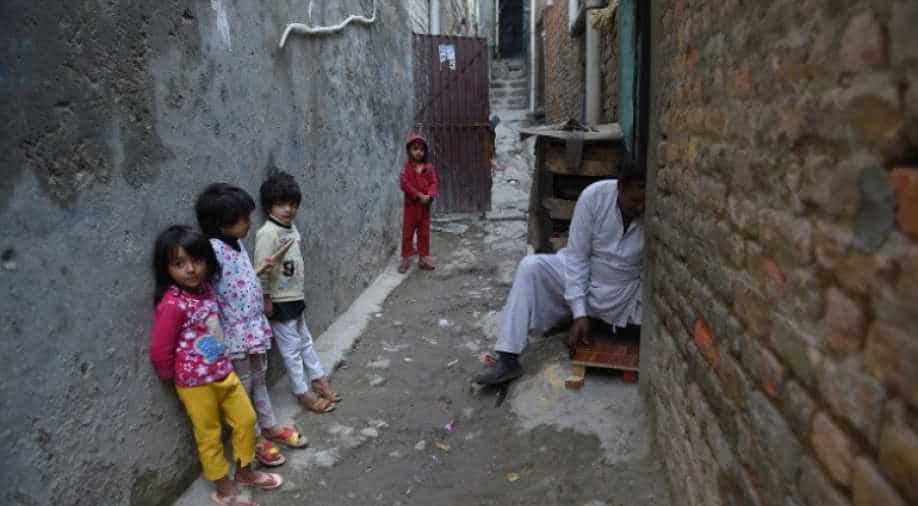 The 111-page report, 'Shall I Feed My Daughter, or Educate Her?': Barriers to Girls' Education in Pakistan,' said that many girls have no access to education.

Pakistan is failing to educate a huge proportion of the country's girls due to shortage of government schools, under-investment in schools, as well as gender discrimination and child marriage, Human Rights Watch, said in a report.

The 111-page report, 'Shall I Feed My Daughter, or Educate Her?': Barriers to Girls' Education in Pakistan,' said that many girls have no access to education.

"The Pakistan government's failure to educate children is having a devastating impact on millions of girls," women's rights director at Human Rights Watch Liesl Gerntholtz said adding that many of the girls are desperate to study, but instead are growing up without the education that would help them have options for their future.

Human Rights Watch interviewed 209 people for the report most of them with girls who never attended school or were unable to complete their education, and their families in all four of Pakistan's provinces: Balochistan, Khyber Pakhtunkhwa, Punjab, and Sindh. Human Rights Watch also interviewed parents, educators, experts, and activists, and visited schools.

Human Rights Watch said factors keeping girls out of school include the government's under-investment in schools, lack of schools, prohibitive school fees and related costs, corporal punishment, and a failure to enforce compulsory education. Poor quality within both government and low-cost private schools, a lack of government regulation of private schools, and corruption also add to the reasons girls are forced to stay out of school.

In addition to these factors within the education system, girls are also blocked from attending school by external factors including child labour, gender discrimination, child marriage, sexual harassment, insecurity, and attacks on education.

The Pakistan government has consistently invested far less in education than is recommended by international standards. As of 2017, Pakistan was spending less than 2.8 per cent of its gross domestic product on education far below the recommended four to six per cent leaving the government's education system severely under-funded. Government schools are in such short supply that even in Pakistan's major cities, many children cannot reach a school on foot safely in a reasonable amount of time.

The situation is far worse in rural areas and there are many more schools for boys than for girls, the rights group said.

"Even parents who are not educated themselves understand that their daughters' future depends on them going to school, but the government is abandoning these families," Gerntholtz said.