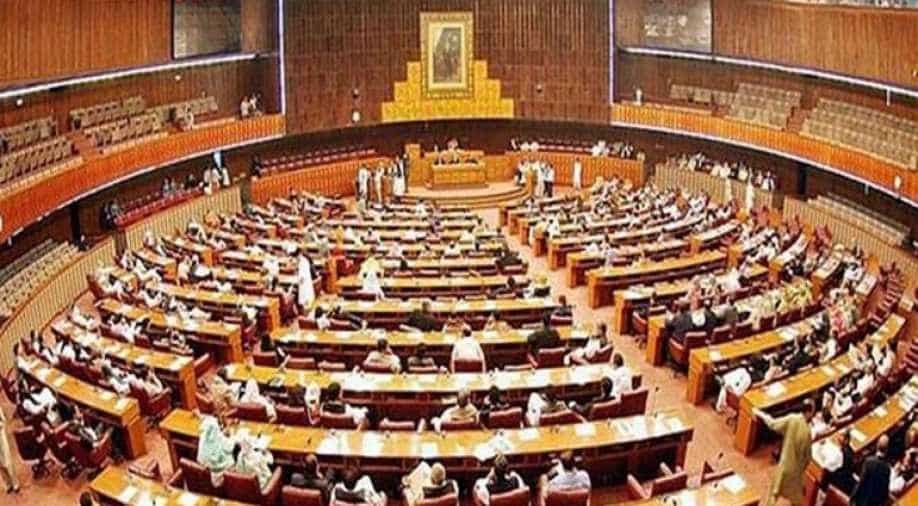 While unveiling the budget, Jhagra announced that the Insaf health card will be issued to every family in the province. He also revealed that 21,000 jobs in the public sector would be created

Rs 236 billion have been earmarked annually for development programs in the latest budget, according to Dawn.

The Opposition waged protests as the budget speech was being delivered at the assembly here against the Pakistan Tehreek-i-Insaf (PTI)-led central government`s failure at issuing production orders for Pakistan Peoples Party (PPP) chief Asif Ali Zardari.

The provincial income taxes are being increased as per the budget speech. Individuals who earn Rs. 20,000 to Rs. 30,000 per month would have to set aside Rs. 1,000 towards taxes every month.

Meanwhile, the salaries of public sector employees from grade one to 16 will see a 10 per cent hike while grade 17-grade 19 employees`salaries would go up by five per cent under an ad hoc relief allowance, Dawn reported.

Zero taxation for grade one to six employees of the provincial government has been proposed in the latest budget by the KP government.

As per the budget speech, tailors who stitch shalwar kameez suits will have to shell out Rs. 10,000 as taxes annually, while those who stitch trousers and shirts will pay Rs. 15,000 per year.

The rate of taxation on private companies and businesses is also proposed to go up. Businesses worth Rs. 10 million to Rs. 200 million may have to pay anywhere between Rs. 27,000 to Rs. 1,00,000 annually according to the latest budget.

While unveiling the budget, Jhagra announced that the Insaf health card will be issued to every family in the province. He also revealed that 21,000 jobs in the public sector would be created.