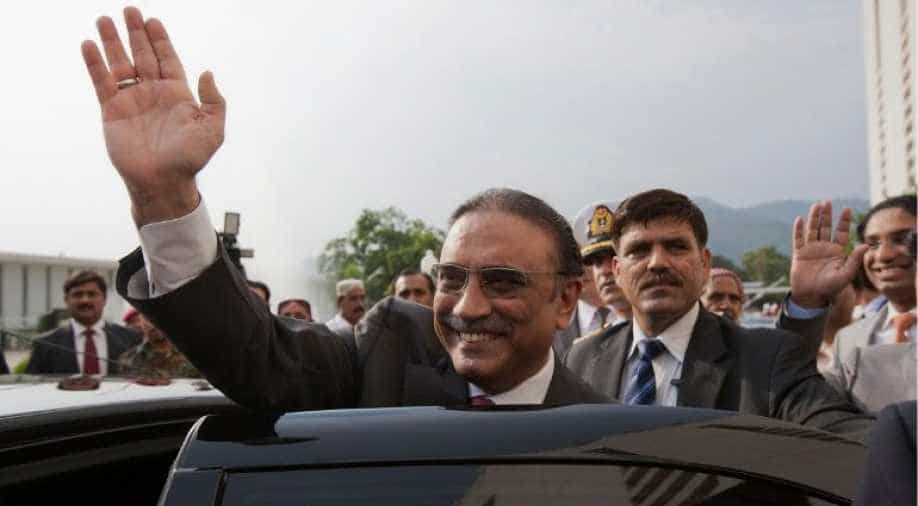 Asif Ali Zardari has however denied any wrongdoing linked to those cases, and his PPP party say the cases are politically motivated.

Former Pakistani President Asif Ali Zardari was arrested on corruption charges on Monday in a blow to the opposition Pakistan Peoples Party over what media said was an investigation into false bank accounts and money laundering.

The former president and Talpur could not be reached for comment but they have always denied any wrongdoing linked to those cases and the PPP says the cases are politically motivated.

"Our right to fair trial is being undermined," Zardari's son, PPP leader Bilawal Bhutto Zardari, told a news conference, adding that the NAB officers arrived to arrest his father without any judicial orders.

PPP officials say the cases against Zardari are meant to pile pressure on the party and help Prime Minister Imran Khan, who is seen to be favoured by the country's powerful military.

Khan's other rival, ex-premier Nawaz Sharif, is also in jail on corruption charges.

"The government has no role in (Zardari's arrest)," the interior minister, Ejaz Shah, told parliament, saying it was a court decision.

"This is done by NAB. Our government has nothing to do with it."

Zardari spent 11 years in jail on corruption and murder charges before becoming president in 2008. But he was never convicted and denies any wrongdoing.

After his arrest on Monday, Zardari was seen leaving his house in Islamabad with his son.

During Zardari's departure, PPP supporters chanted "Long live Bhutto", referring to the dynasty which produced three national leaders: party founder Zulfikar Ali Bhutto, who served as prime minister and president before being toppled in a coup and executed in 1979, his daughter Benazir, and her husband.

A former businessman and a polo-playing playboy in his younger days, Zardari swept to power in 2008 following a wave of sympathy following the killing of his wife, Benazir, a two-time premier, by Islamist militants in a suicide attack.