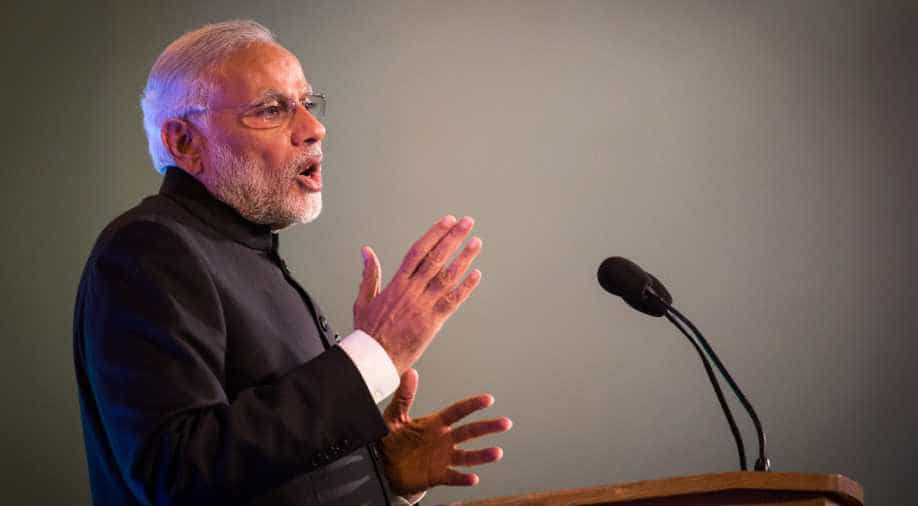 Over 2,700 suggestions were received on the website till Saturday evening on various issues related to exams and studies, which will be discussed on the show. Photograph:( Getty )

In his first ‘Mann Ki Baat’ for 2017, Indian Prime Minister Narendra Modi will on Sunday address parents, teachers, and students, who will be appearing for board exams this March, on issues related to exams and stress management.

After announcing the details of his address, the Prime Minister invited the public, particularly students, parents and teachers to “share their experiences about examinations” through www.mygov.in. Mann Ki Baat is radio programme hosted by Narendra Modi in which he addresses the people of the nation.

Over 2,700 suggestions were received on the website till Saturday evening on various issues related to exams and studies, which will be discussed on the show. While most of the messages were related to the board exams and the education system in India, some suggestions also included the need to inculcate “bharatiya sanskar” (Indian values and culture) in students by teaching them moral and spiritual virtues. Some even suggested banning adult sites in the country, to ensure students are not “distracted” from studies.

“Respected PM, I have already complained about “Ban on adult sites”, is it not possible? Teenagers are addicted to it,” said Akshay Khedkar on the portal.

Some discussions were also based on harassment faced by students in private institutions. Others took the opportunity to discuss issues such as corruption, unemployment, demonetisation, reservation, and scholarships. One visitor to the website wanted a bit more time to be given to him to submit three, old currency notes of ?500 so that he could exchange in a bank or a post office.

Some of the more serious suggestions were addressed to students, asking them to eat well and not stress much.

“These are only exams, give it the seriousness that it requires and nothing more. There is a lot more in life than just a couple of exams,” said Vidya Surendran. She added, “Their (students) food intake should be healthy. They should not eat anything that may increase the risk of an upset tummy. Also, never skip a meal.”

A statement from the website said, “What is written here will inspire so many students, parents and teachers who are involved with the upcoming exams. The Prime Minister will also share some of your experiences during ‘Mann Ki Baat’ on January 29, 2017.”

Prime Minister Modi has been addressing the young students during the exam season for the past two years as well, through two dedicated episodes of ‘Mann Ki Baat’, on exams.

Suggestions received on the portal

“I can suggest some important tips like first, know the syllabus clearly. Second, solve questions, third, prepare note for each subject, fourth, plan your timetable and study; fifth, know your strengths and weakness; sixth, revise well. Seventh, last but not the least, keep yourself fit. Take ample rest and do not panic”. -Madhusmita Moharana

“i) Daily one hour of yoga. ii) Daily play outdoor games. iii) Teachers / parents need to understand to not pressurise and say 10th and 12th will decide your college / career not to scare them iv) Not to mug up any subject, understand meaning in mother tongue.” -Ankur Parikh

“You must suggest students that they should not use Facebook, Instagram, Twitter and other social networking sites during exam time as they distract the focus of students.” -Ajit Kumar