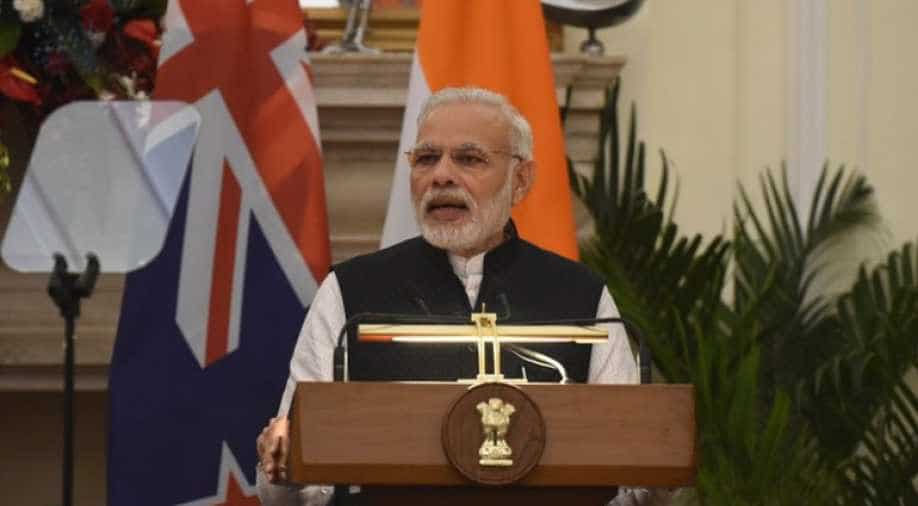 The region is particularly vulnerable to disasters, partly due to a rapidly growing population and a large number of urban poor who tend to live in hazard-prone areas such as slums and riverbanks. Photograph:( AFP )

"We have to wholeheartedly embrace the spirit of Sendai, which calls for an all-of-society approach to disaster risk management. In India, we are committed to walk the talk on the implementation of Sendai Framework," Modi said in his inaugural address at the Asian Ministerial Conference on Disaster Risk Reduction in New Delhi.

The Sendai Framework is a 15-year global plan to combat disasters. It was adopted at the Third UN World Conference in Sendai, Japan, on March 18, 2015.

The Asian Ministerial Conference will work on formulating a plan to put the Sendai framework into motion.

According to the United Nations, Asia-Pacific is the world's most disaster-prone region. It accounted for over half of the world's 344 disasters last year, with more than 16,000 deaths and 59 million people affected in the region alone, according to the UN.

Prime Minister Modi warned of daunting challenges due to the rapid rise of urbanisation in the region.

"Urbanisation will pose greater challenges for disaster risk management, by concentrating people, property and economic activity in smaller areas, many of them in disaster-prone locations. If we do not manage this growth, in terms of both planning and execution, the risk of economic and human losses from disasters will be higher than ever before," said Modi.