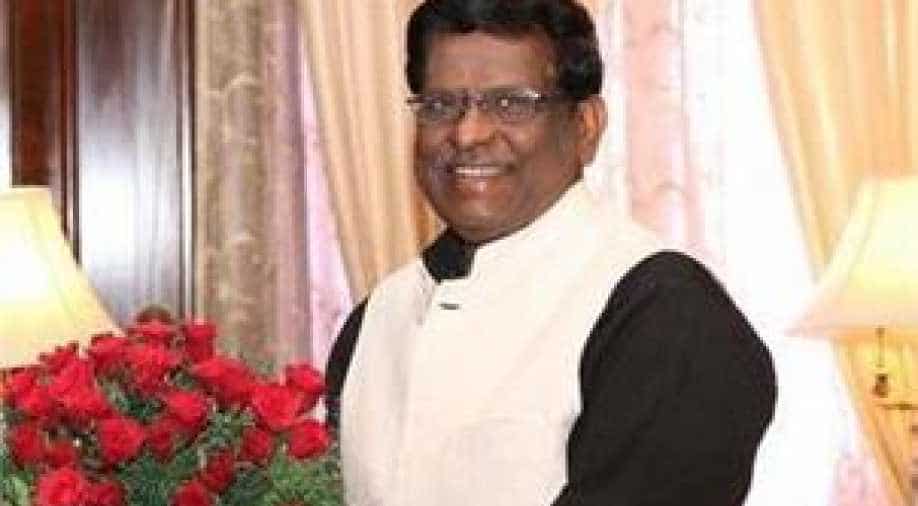 A woman job aspirant had accused Governor V Shanmuganathan of making sexual advances towards her during a job interview. Photograph:( PTI )

Governor of India's north-eastern state Meghalaya, V Shanmuganathan, resigned on Thursday after Raj Bhavan (official residence of state governor) employees demanded that he step down following allegations of sexual harassment on the 67-year-old.

The employees had alleged that Shanmuganathan had "seriously compromised the dignity of the Raj Bhavan and made it a 'young ladies club'", reported Press trust of India.

About 100 staff members of the Raj Bhavan had written to President Pranab Mukherjee, the Prime Minister and Union Home Minister Rajnath Singh seeking the governor's removal.

"It has become a place where young ladies come and go at will on direct orders of the Governor... Many of them have direct access to his bedroom."

A campaign headed by women-led Civil Society Women Organisation (CSWO) and Thma u Rangli (TUR) had also called for the governor's removal.

The official was also accused of making sexual advances against a women who had come for a job interview at the Raj Bhavan.