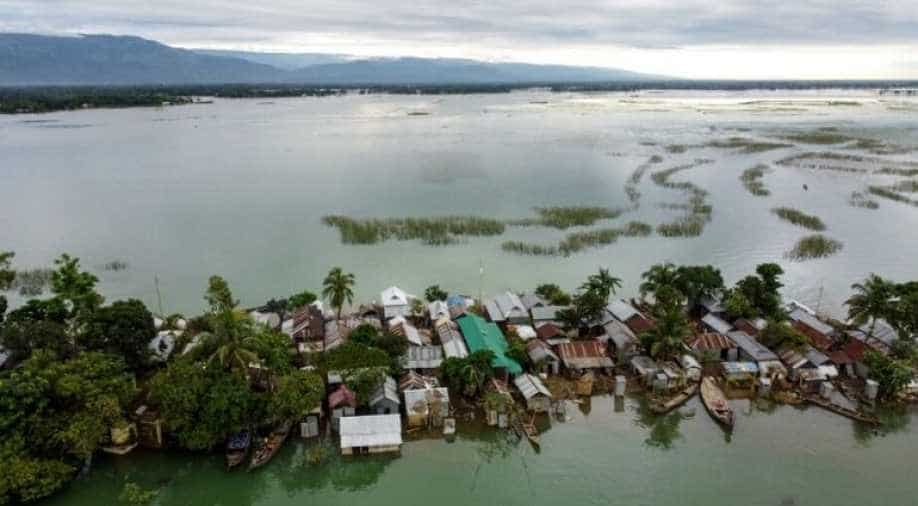 Stephane Dujarric, the spokesman for UN Secretary-General Antonio Guterres, said on Tuesday that some 56,000 of those impacted already have been displaced and are taking refuge in government shelters.

Severe flooding in Bangladesh, which has killed at least 54 people and affected over 2.4 million people, could be the worst since 1988, the United Nations has said.

Stephane Dujarric, the spokesman for UN Secretary-General Antonio Guterres, said on Tuesday that some 56,000 of those impacted already have been displaced and are taking refuge in government shelters.

"At least 54 people have reportedly been killed to date as a result," Dujarric told reporters at a regular briefing.

"The UN and our humanitarian partners are helping the government respond to the situation by providing food, water purification facilities, hygiene and dignity kits, as well as emergency shelter supplies," he said.

The UN Central Emergency Response Fund recently provided UN agencies with 5.2 million US dollars to help families most at risk, the spokesman said.

The UN Office for the Coordination of Humanitarian Affairs said on its website, "The anticipatory funding has since July 11 allowed partners to reach communities early with key assistance, including the distribution of sealable drums to protect agricultural equipment, and hygiene, dignity and health kits, as well as cash assistance."

"Responding to the flood is complicated by the fact that these efforts are taking place as Bangladesh is also addressing the COVID-19 pandemic and recovering from Cyclone Amphan," Dujarric said.

Amphan, which hit Bangladesh in May, was the strongest storm in the Bay of Bengal, the American Red Cross said.The 1988 floods claimed the lives of about 500 people and left more than 25 million people homeless, as per the UN records.