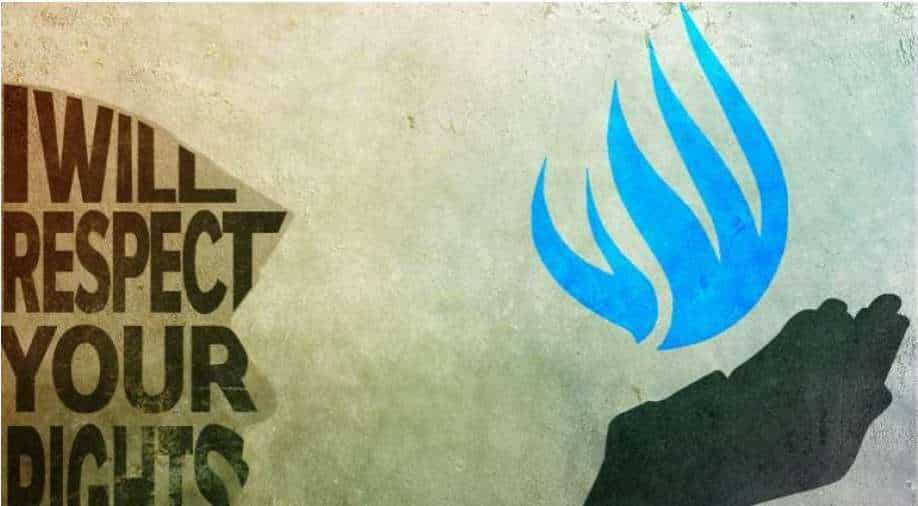 He was speaking at a virtual conference, organized by the Washington-based Arab Center for Law and Research to focus attention on another popular but controversial religious scholar

A prominent Muslim scholar has warned that the West’s failure to include the incarceration in Saudi Arabia and elsewhere in the Muslim world of pro-democracy religious scholars risks perpetuating autocratic rule.

“The world manufactures the condition that it condemns. We don’t rise up to condemn the persecution of Muslim democrats when it occurs, and we don’t go out of our way to protect Muslim democrats. In fact, there is a deeply embedded hypocrisy when it comes to the Muslim world,” said Khaled Abou el Fadel, a Kuwait-born University of California Los Angeles (UCLA) Islamic law professor and human rights activist.

Mr Abou el Fadel was speaking at a virtual conference, organized by the Washington-based Arab Center for Law and Research to focus attention on Sheikh Salman al Oudeh, a popular but controversial religious scholar, who is one of several religious figures incarcerated since 2017 on terrorism-related charges. Saudi prosecutors have demanded the death sentence for Mr. Al-Oudeh.

The conference was held days after prominent Saudi women’s rights activist Loujain al-Hathloul was released after more than three years in prison as part of the kingdom’s effort to blunt criticism from the Biden administration that has pledged to make human rights a central plank of its foreign policy.

Mr Al-Oudeh was detained after he called in a tweet to his millions of followers for reconciliation with Qatar in the wake of the economic and diplomatic boycott imposed by Saudi Arabia, the United Arab Emirates, Bahrain and Egypt on the Gulf state.

A long-standing Islamist proponent of reform in Saudi Arabia with an affinity for the Muslim Brotherhood, Mr. Al-Oudeh has been in and out of prison as his thinking evolved from a degree of support for jihadism against foreign occupation to becoming a key figure in the government’s efforts to rehabilitate militants and steer youth away from militancy.

In the wake of the 2011 popular Arab revolts that toppled the leaders of Tunisia, Egypt, Libya and Yemen, Mr. Al Oudeh became a proponent of peaceful revolution to achieve social and political change, the importance of civil society, humanist interpretations of Islam, contextualization of Islamic law, rejection of theocracy, pluralism as opposed to sectarianism, minority rights, and democracy.

He laid out his thinking that was grounded in Islamic tradition in a book, Aislat al-Thawra  (Questions of Revolution), that was immediately banned in Saudi Arabia. Mr Al-Oudeh was initially barred from leaving the kingdom and delivering sermons in mosques while his popular television program was shut down.

Critics charged that Mr Al-Oudeh’s thinking represented a fusion of Western principles with his Salafist background rather than a break with the ultra-conservative school of thought. They also asserted that the scholar vacillated between silence and reconciliation on issues of gender and minorities such as Shiites.

Mr Abou el Fadel, who has rejected repeated Saudi attempts to co-opt him, positioned the importance of thinkers like Mr. Al-Oudeh and the need to include them in Western support of human rights in Saudi Arabia and elsewhere in the Middle East in the context of a sustained autocratic campaign to suppress any call for political change that is rooted in Islamic theology.

“Those that rule countries like Egypt, Saudi Arabia, Bahrain and the Emirates know that very well. And that is why…they are targeting the ideological thrust of democracy itself. We must recognize that the idea of political despotism as an unethical enterprise is well supported in the Islamic tradition… But it was always recognized as a rather unideal situation, an ethical failure that can be tolerated, but an ethical failure nonetheless,” he went on to say.

Targeting Middle Eastern projections of a ‘moderate’ Islam that propagates absolute obedience to the ruler, rejects political change, and endorses authoritarian, if not autocratic rule, Mr Abou el Fadel argued that “there is no way to reconcile between despotism and monotheism and tawhid (the oneness of God). The very notion of tawhid, the very notion of being a Muslim and submitting to God means that you cannot submit to a mundane ruler absolutely and totally. No mundane ruler has a moral claim to represent the rule of God.”

“It is why the persecution of Salman al Oudeh must end. It is a blotch on the conscience of the world. The world of human rights, the world of democratic advocacy will remain in a perpetual state of hypocrisy as long as people like Salman al Oudeh remain in prison and confront a very dark future,” Mr. Abou el Fadel said.

By implication, Mr Abou el Fadl was arguing that Western governments and activists were doing themselves a disservice by not putting equal emphasis on getting secular civil society activists and religious dissidents sprung from jail.

To be fair, human rights groups like Human Rights Watch, Amnesty International, ALQST, and Democracy in the Arab World Now (DAWN) have highlighted the plight of Mr Al-Oudeh and other religious figures. Mr Abou el Fadel serves on an advisory board of Human Rights Watch.

While Western governments, including the Biden administration, have largely remained silent, analysts and activists appear at times to diverge on what the emphasis of human rights pressure on Saudi Arabia should be.

Saudi Arabia scholar Madawi al-Rasheed recently took issue with a suggestion by Bruce Riedel, a Brookings Institution scholar, former CIA official and ex-advisor on South Asia and the Middle East to several US presidents, to focus in the wake of the release of Ms Al-Hathloul on the plight of former Saudi crown prince and interior minister Mohammed bin Nayef.

Prince Mohammed, a US darling widely viewed as a potential threat to Crown Prince Mohammed bin Salman, was arrested a year ago on charges of treason and has been held incommunicado since.

“Bruce Riedel forgets the abysmal human rights record of MBN who consolidated the Saudi police state that MBS came to benefit from. Instead of calling for putting him on trial, he wants him free,” Ms Al-Rasheed tweeted. She was referring to the two Saudi princes by their initials.