Explained: Russian S-400 air defence missile system. Why is US not happy over India's S-400 procurement? 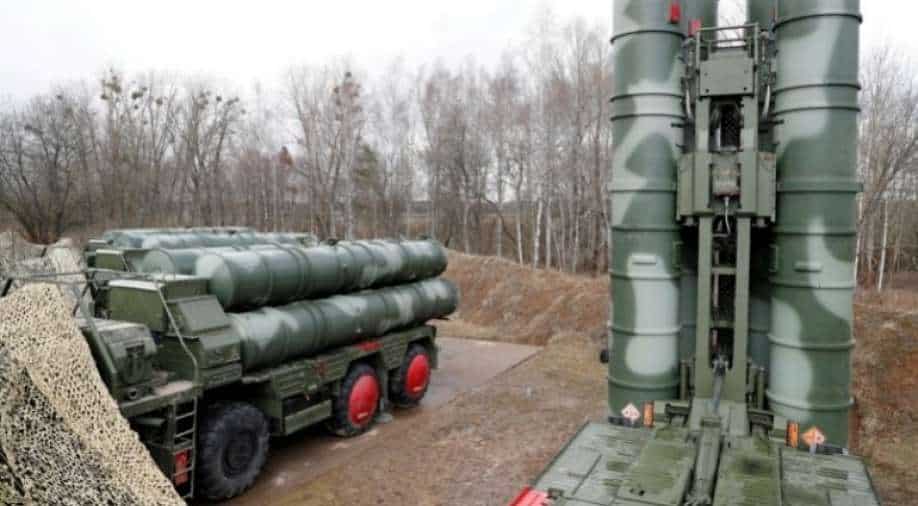 [File photo] A view shows a new S-400 'Triumph' urface-to-air missile system after its deployment at a military base outside the town of Gvardeysk near Kaliningrad, Russia March 11, 2019. Photograph:(Reuters)
Follow Us

India in October 2018, had signed a $5 billion deal with Russia to buy five units of the S-400 air defence missile systems despite the fears that the purchase could lead to CAATSA sanctions

India is likely to induct the first batch of sophisticated Russia's S-400 missile defence systems by the end of this year — an air defence technology deemed as one of the best. It is capable of tracking and neutralising threats to boost the air defence capabilities of the armed forces.

Indian Air Force's head, Air Chief Marshal Vivek Ram Chaudhari on October 05, 2021, said that the delivery is expected as per schedule. His comments were made during the customary news conference ahead of Indian Air Force Day on October 8.

What is the S-400 missile defence system?

The S-400 Triumph (NATO reporting name) is a complex air defence missile system, consisting of radars, control systems and different types of missiles. It was developed in the 1990s by Russia's Almaz Central Design Bureau as an upgrade of the S-300 series of surface-to-air missile systems. It has been in service with the Russian Armed Forces since 2007.

ALSO READ | China-made electric vehicles should not be sold in India: Modi govt to Elon Musk

It is capable of engaging aerial targets, including aircraft, unmanned aerial vehicles (UAV), ballistic and cruise missiles, within the range of 400km at an altitude of up to 30km and can fire three types of missiles to create a layered defence.

The system is said to be able to simultaneously engage 36 targets and if we compare S-400 to S-300, the upgraded and advanced version has four new different types of missiles from short-range (40km) to very long-range (400km).

The command post, which is equipped with LCD consoles that process the air space surveillance data, control and monitor long-range surveillance radar. It tracks airborne threats and also prioritises the threats.

The radar can detect and track aircraft, rotorcraft, cruise missiles, guided missiles, drones and ballistic rockets within the distance of 600km reportedly.

The system was specifically designed to detect and destroy highly advanced fighter jets such as F-16 and F-22 and missiles such as Tomahawk.

Why is the US unhappy over New Delhi's procurement of the Russian weapons system?

To enhance its defence system, India in October 2018, had signed a $5 billion deal with Russia to buy five units of the S-400 air defence missile systems. Despite the fears that the purchase could lead to Countering America's Adversaries Through Sanctions Act (CAATSA) sanctions, India made the first tranche of payment of around $800 million to Russia in 2019. India had received a warning from the Trump administration that India might face US sanctions if it goes ahead with the contract.

Countering America's Adversaries Through Sanctions Act or CAATSA is a tough US law that authorises the administration to impose sanctions on countries that purchase major defence hardware from Russia in response to Russia's annexation of Crimea in 2014 and its alleged meddling in the 2016 US presidential elections.

However, India on October 5, 2021, said discussions are going on with the US on the S-400 missile defence deal, a day after US Deputy Secretary of State Wendy Sherman expressed unease over the planned procurement of the Russian weapons system.

"This has been under discussion between our two countries for some time. It was raised and we have discussed it and explained our perspective. And discussions on this are ongoing," External Affairs Ministry spokesperson Arindam Bagchi said.

Sherman, on a three-day visit to India, said that any decision on possible sanctions on the S-400 deal will be made by President Joe Biden and Secretary of State Antony Blinken.

Washington has previously said that the S-400s pose a threat to its F-35 fighter jets and NATO's broader defence systems. As when Turkey received the first deliveries of the S-400 surface-to-air systems from Russia in July 2019, it prompted the US to begin removing the NATO ally from its F-35 stealth fighter programme over security concerns.

However, India is confident that it can get a waiver considering the crucial strategic partnership with the United States.