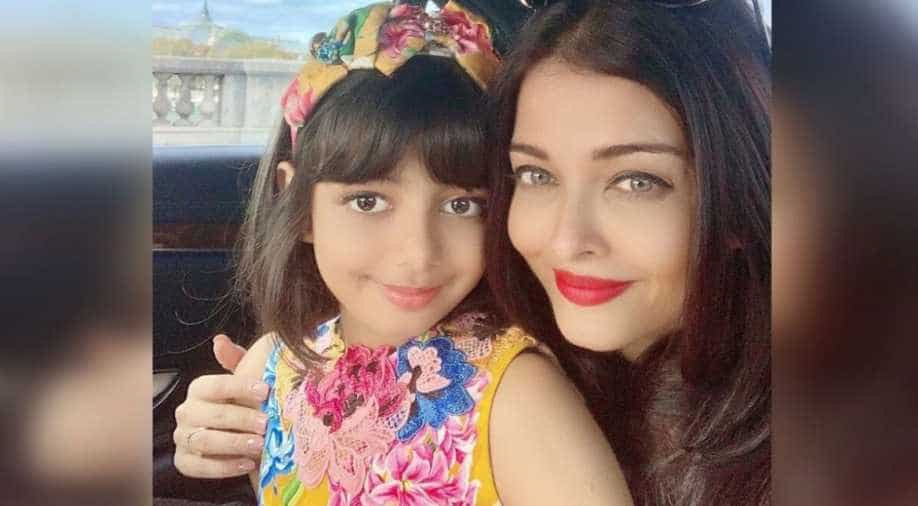 It's the third day at Cannes and like every year, the film festival is hosting some of the best talent from the world.

Aishwarya Rai Bacchan has arrived in Cannes and what style!

The actor kick-starting Cannes 2017 with Yanina couture for a press meet:

A close-up of her jewellery for the press meet today:

Aishwarya was spotted at French Riviera with her daughter Aaradhya in tow earlier yesterday. Her 5 year old has been posing and smiling for the paparazzi since their travel to the airport.

While boarding flight to Cannes, Aishwarya was dressed in a trench coat, blue denims with huge sunglasses while Aaradhya sported a dress with the word Adorable printed on it.

The actor was welcomed at Nice International airport with a bouquet of roses.

The mother-daughter duo were spotted yesterday when Aishwarya took Aaradhya for a visit around Cannes. The actor was spotted in white pantsuit with studded heels while the little one was seen in a flowery pink dress with a bright pink pom pom hairband.

Aishwarya has returned to Cannes like every year as a representative of the global cosmetic giant L’Oreal. She will be seen on the red carpet on Friday evening and Saturday evening.

With this year's appearance, Aishwarya Rai Bachchan will complete her 16 years of association with Cannes Film Festival. For those who dont know, she made her debut at the international film festival in 2002 for the movie Devdas. Interestingly, Aishwarya will be showcasing the classic movie again this year for Cannes 70th year anniversary in 2017.

While Deepika Padukone has made two appearances already, Sonam Kapoor another L’Oreal ambassador from India is yet to arrive in Cannes.

Cannes Film Festival started on May 17 and will conclude on May 28.