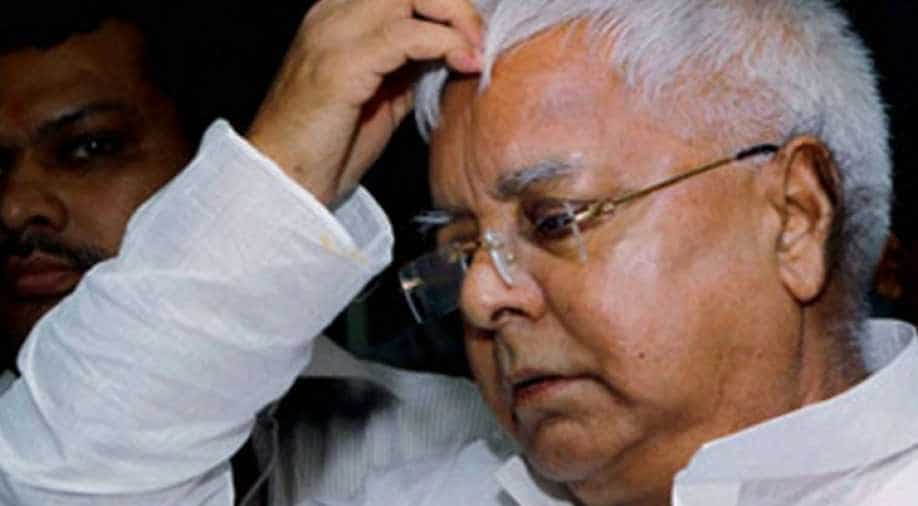 Former Bihar chief minister Lalu Prasad Yadav was on Saturday convicted by a special CBI court in the 1996 fodder scam case along with 14 others co-accused in the case. Photograph:( Zee News Network )

Former Bihar chief minister Lalu Prasad Yadav was on Saturday convicted by a special CBI court in the 1996 fodder scam case along with 14 others co-accused in the case. Lalu Prasad Yadav was taken into custody immediately after the verdict and sent to a jail in Ranchi. Former Bihar chief minister Jagannath Mishra, who was also a co-accused, has been acquitted along with seven others.

At least three Indian soldiers, including a senior officer, were on Saturday killed in a ceasefire violation by Pakistan at the Keri (120 Infantry Brigade) Battalion area of Jammu and Kashmir. A soldier has also been injured in the firing and is undergoing treatment at a nearby hospital.

Bus falls into river in Rajasthan, death toll rises to 32

At least 32 people have died and several injured after a bus fell into the Banas river in Rajasthan's Sawai Madhopur area, District Magistrate KC Varma said. All injured have been shifted to a nearby hospital for treatment. The incident occurred in Swai Madhopur's Dubi area.

The four men accused of raping a 19-year-old woman in Bhopal in October were sentenced to life imprisonment by a fast track court on Saturday. The additional district and session judge Savita Dube reportedly gave the verdict.

A fire broke out at New Delhi's Metro Hospital and Cancer Institute in Preet Vihar on Saturday afternoon but was brought under control by evening. A few patients suffered minor injuries. Around 84 patients were evacuated. A senior police official said that the fire started in an air conditioning vent and then spread to other floors.