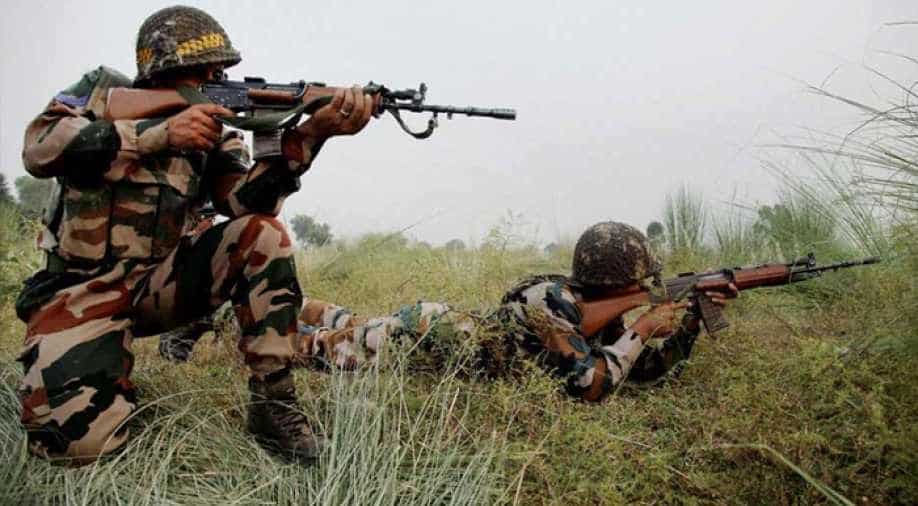 At least four Indian soldiers, including a senior officer, were on Saturday killed in a ceasefire violation by Pakistan at the Keri (120 Infantry Brigade) Battalion area of Jammu and Kashmir.

One soldier was injured in the firing and is undergoing treatment at a nearby hospital.

The Army, in a statement, said that Indian troops retaliated "strongly and effectively".

Jammu and Kashmir Deputy Chief Minister Nirmal Singh paid rich tributes to the slain soldiers and condemned Pakistan for the ceasefire violation further adding that Pakistan has got isolated at the global stage, especially on the issue of terrorism.

"Pakistan is indulging in such cowardly actions and is being given a befitting response, but it does not desist from such cowardly acts. Pakistan is a terrorist state and it will not be too long before the country is declared a terrorist state by the world. It does not only support terrorism but also provide state sponsorship," Singh told reporters on the sidelines of a function here.

Sepoy Pargat Singh belonged to Karnal district in Haryana and is survived by wife Ramanpreet Kaur and a son, the Army said.

"Major Ambadas, Lance Naik Gurmail and Sepoy Pargat were brave and sincere soldiers. The nation will always remain indebted to them for their supreme sacrifice and devotion to duty," the Army statement said.