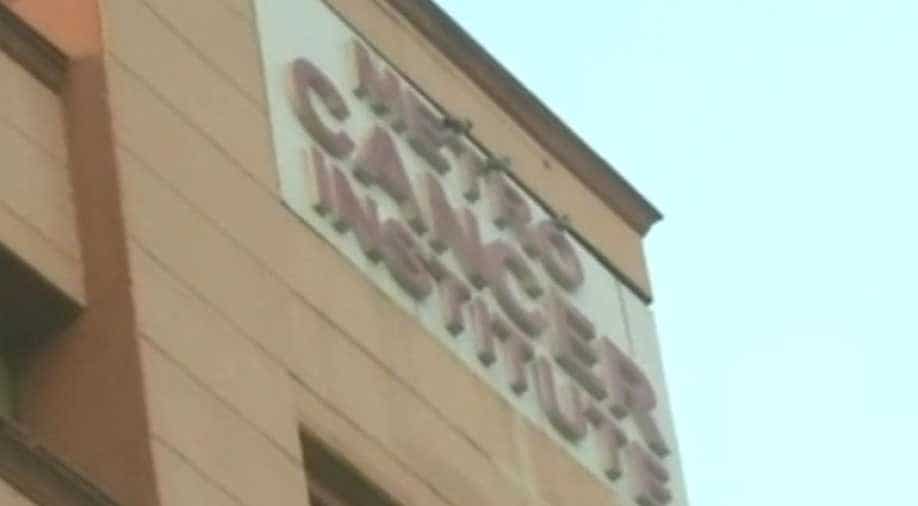 The fire broke out at the Metro Hospital in Delhi's Preet Vihar locality. Photograph:( ANI )

The blaze is getting bigger, reports said

A fire broke out at New Delhi's Metro Hospital and Cancer Institute in Preet Vihar on Saturday afternoon but was brought under control by evening.

A few patients suffered minor injuries. Around 84 patients were evacuated.

A senior police official said that the fire started in an air conditioning vent and then spread to other floors.

A senior officer from the Delhi Fire Services said a call was received at 3.20 pm alerting them about the blaze, which intensified in the next 20 minutes. Twelve fire tenders were rushed to the spot, he said.

Fifteen fire tenders were reportedly rushed to the spot.