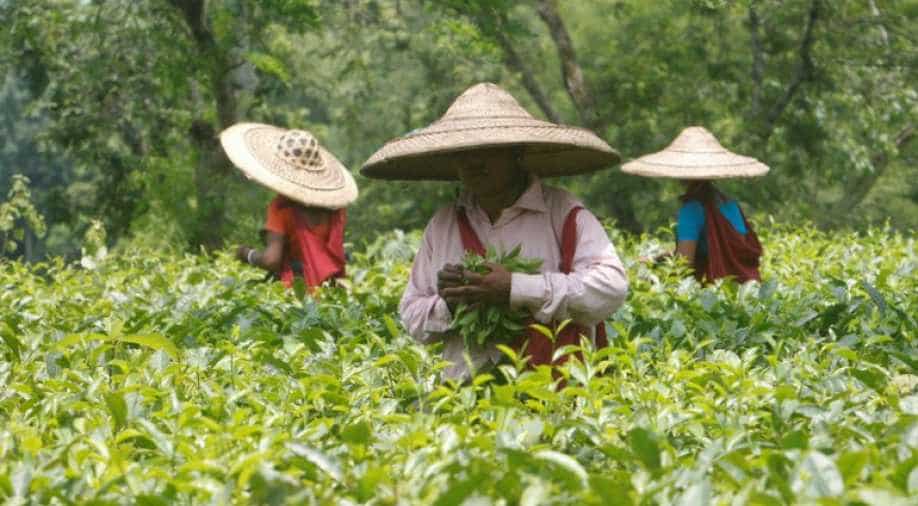 With tea export business witnessing a boom, the present scenario of tea market is pleasant but the condition of tea garden workers remains poor.

As per a notice issued by the state government to tea companies, the Tea garden workers in North Bengal will get a 'paid leave' to participate in the electoral process, however, most of the workers are unaware of this announcement.

Alok Chakraborty, Central Committee President, INTUC (National Union of Plantation Workers) said, " Tea garden workers especially those who stay in remote areas are completely unaware of paid leaves concept and the tea companies for their own benefits do not even bother to inform them of this existing notice."

A tea estate worker from North Bengal said, "I know that voting is my right and I go to the polling booth to cast my vote however my company declares it as an off day and we lose a day's pay."

With tea export business witnessing a boom, the present scenario of tea market is pleasant but the condition of tea garden workers remains poor.

A study shows that with the increasing demand for Indian tea in the international market, especially Assam and Darjeeling tea is doing a fair amount of business. However, because of poor coordination between state and central government, the labourers are unable to reap the benefits.

"Equation between the Central and State government is not well, and as an obvious consequence, the tea garden workers pay the price," Chakraborty said.

As per the latest direction by the state government, the daily wage of a tea worker should be Rs 176. They are also liable to receive provident fund and gratuity.