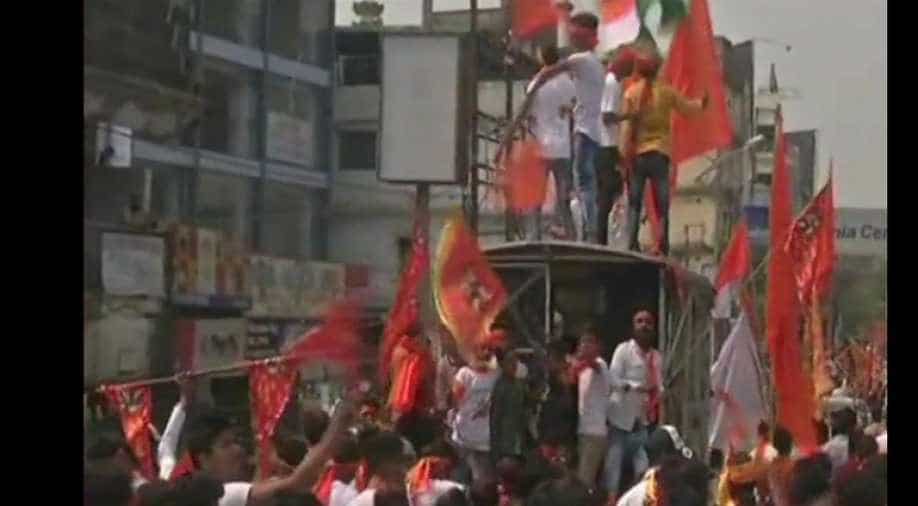 A Ram Navami pandal was vandalised on Saturday evening by unidentified miscreants in Bardhman district of West Bengal.

The pandal was set up by Bhartiya Janata Party members who have alleged that it was attacked by workers of Trinamool Congress.

Four persons are reported to be injured in the incident.

West Bengal: 4 injured after a #RamaNavami pandal set up by BJP workers was attacked by miscreants in Bardhaman last night. BJP alleged that TMC was behind the incident. Police investigation underway. pic.twitter.com/WBP4LrrmJ4

A police investigation is also underway.

Security has also been stepped up in the region following the incident.

The BJP has further planned rallies across the state to celebrate the festival fuelling the tension in the state.

In Kolkata also several rallies were organised reportedly by members of the Sangh Parivar.

Following the rally announcement made by BJP workers, TMC had also announced that it would organise Ram Navami in several districts as the festival is not very popular in the region.

So far no reports of any violence have been reported from any district.

Ram Mandir Mahotsav Samiti took out a procession on the occasion of #RamNavami where people were seen brandishing swords, in West Bengal's Siliguri pic.twitter.com/UZudBIo0Hn