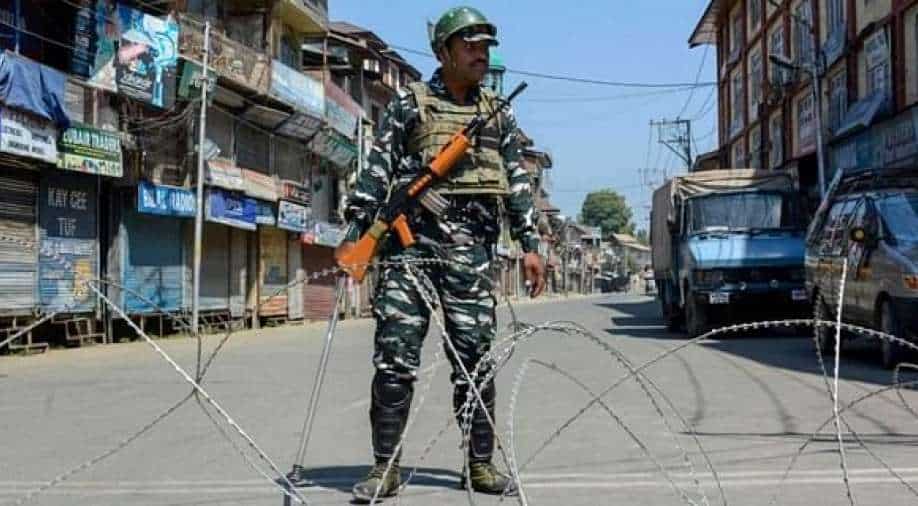 The killing of the teachers took the number of civilians killed in the Kashmir Valley in the last five days to seven, including four from the valley's minority communities.

The recent targeted killing of civilians, particularly members of the Kashmir Valley's minority communities, by terrorists is aimed at creating an atmosphere of fear and damaging the age-old communal harmony, Jammu and Kashmir Police chief Dilbag Singh said on Thursday.

"The incidents of targeting civilians in Kashmir since a few days are barbaric. Innocent people who are working for the society and have nothing to do with anyone are being targeted. This is an attempt to create an atmosphere of fear and to give it a communal colour so as to damage the communal harmony in Kashmir," he said.

The Director General of Police (DGP) was talking to reporters at the Government Boys Higher Secondary School at Sangam, Eidgah, here where two teachers were shot dead by terrorists earlier in the day.

The killing of the teachers took the number of civilians killed in the Kashmir Valley in the last five days to seven, including four from the valley's minority communities.

Six of those were killed in the city.

Singh said the people who are targeting humanity, brotherhood and the local ethos and values will be unmasked soon.

"We regret the back-to-back attacks in which civilians have been killed. We are working on the previous cases and the Srinagar police has got many clues and we will soon get the people behind such terror and barbaric attacks.....I am sure the police will be able to unmask them soon," he said.

Asserting that the attacks were an attempt to defame the Muslim community of Kashmir, Singh said that the terrorists are "acting on the directions of Pakistan" to put hurdles in the way of peace in the valley.

"Terrorists are terrorists and they are acting on the directions of the agencies across (the border) in Pakistan so that Kashmir is kept disturbed and hurdles are put in the way of peace in Kashmir. I am hopeful that people in Kashmir will not let this conspiracy succeed. We will work together and defeat their purpose, " he said.

The militant attack on the teachers, including a woman, took place around 11.15 am.

They were working as teachers at Government Boys School, Sangam.

On Tuesday, three civilians including Makhan Lal Bindroo, the owner of Srinagar's most famous pharmacy, were shot dead by terrorists within two hours in separate incidents in Srinagar and Bandipora districts of Jammu and Kashmir.

Later that night, another civilian Mohammad Shafi Dar, resident of Batamaloo, was shot at and injured at SD Colony Batamaloo.

He succumbed to injuries a few hours later.