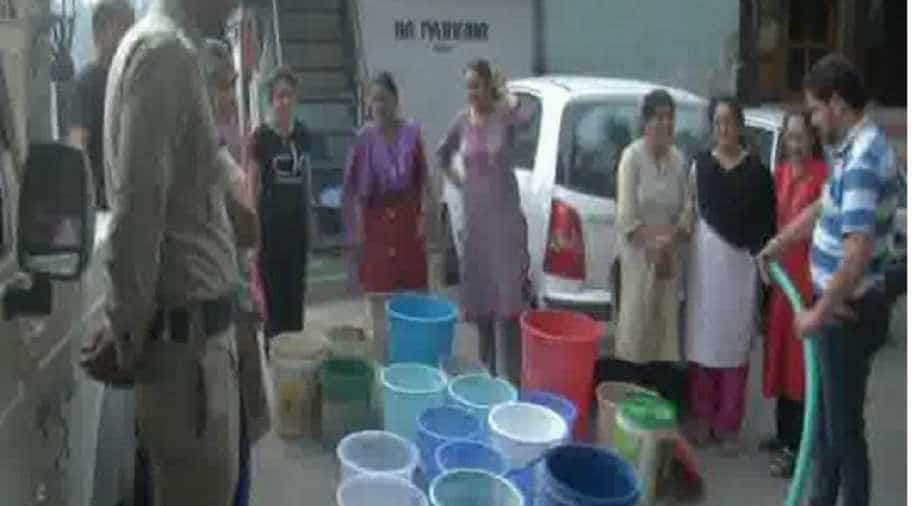 Over 70 police personnel have been deployed to specially deal with the situation in the water-deprived hill-station.

Meanwhile, a mineral water wholesale trader, Jasvir Singh told ANI that the demand for bottled water has increased by 50 to 60 per cent due to water scarcity in Shimla.

"Usually I supply 400 packs of water bottles but now the demand has increased to 700 plus for retailers," he said.

The tourism industry in Himachal Pradesh's Shimla has also been massively hit as tourists are cancelling their visits to the hill-station.

The local hoteliers and others related to the tourism industry are worried as social media is flooded with news about the water crisis, preventing the inflow of tourists into the state.

The court has also directed the state government and the Shimla Municipal Corporation to not allow any water supply for building construction and car washing.

The court has taken a suo moto cognizance in the matter due to extreme water scarcity in the town and has given order taking the Public Interest Litigation (PIL) which is pending with the high court for past two years.

The Shimla administration has also postponed a major tourist attraction, International Shimla Summer Festival, scheduled from June 1 to 5 due to the scarcity of water in the town.