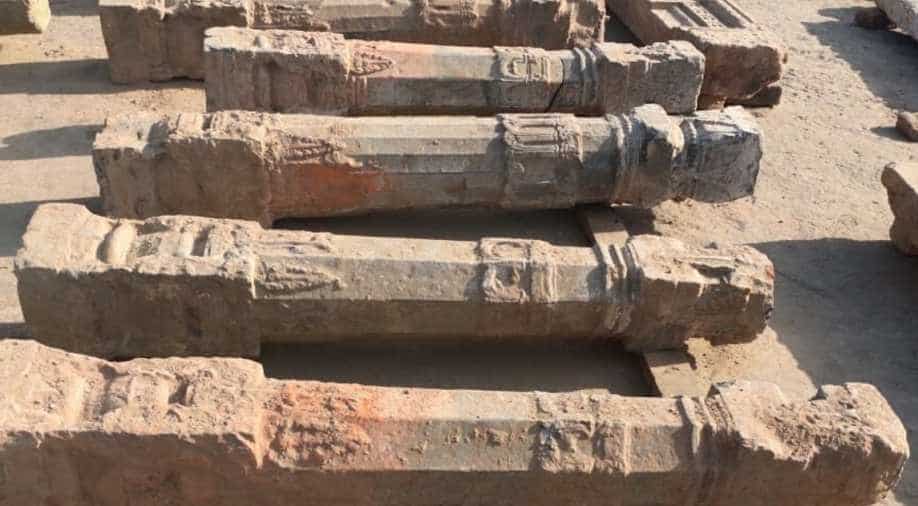 The two pleas, filed by Satish Sambarkar and Dr Ambedkar Bodhikunja respectively, sought the protection of the artifacts recovered by the ASI from the Ram Janmabhoomi area.

The Supreme Court on Monday dismissed two petitions seeking the preservation of artifacts recovered from Ayodhya during excavation at Ram Janmabhoomi and for the remains left behind by the Archaeological Survey of India (ASI).

A bench headed by Justice Arun Mishra dismissed the two pleas terming them frivolous and attempt to scuttle Ayodhya verdict and imposed a cost of Rs 1 lakh each on the petitioners.

The two pleas, filed by Satish Sambarkar and Dr Ambedkar Bodhikunja respectively, sought the protection of the artifacts recovered by the ASI from the Ram Janmabhoomi area.

Have a look: Temple remains and idol residues found in Ayodhya

Senior advocate Menaka Guruswamy, appearing for one of the petitioners, argued that artifacts being excavated may be protected. Even Ram Janmabhoomi Trust has also accepted that there are many artifacts in the area that need protection, she contended.

Justice Mishra, dismissing the pleas, said, "Stop filing such frivolous petitions. What do you mean by this? Are you saying that there is no Rule of Law and the Judgement of the Court (Ayodhya Verdict) will not be followed by anyone and no one will take action? We are dismissing this."

During the course of hearing, Solicitor General Tushar Mehta suggested the court that the bench may also kindly consider imposing costs on the petitioners.Justice Mishra, then, imposed a fine of Rs 1 lakh each on the two petitioners.

"Dismissed. A cost of Rupees 1 lakh each is imposed. Payable within 1 month from today," Justice Mishra said.

The Supreme Court had, in November last year, resolved a decades-old Ramjanmabhoomi temple-Babari Masjid dispute and directed the Central government to make necessary arrangements for the construction of the temple by forming a trust.

The apex court had also directed the Centre to allot five acres of suitable land to Sunni Waqf Board in Ayodhya for the construction of a mosque.