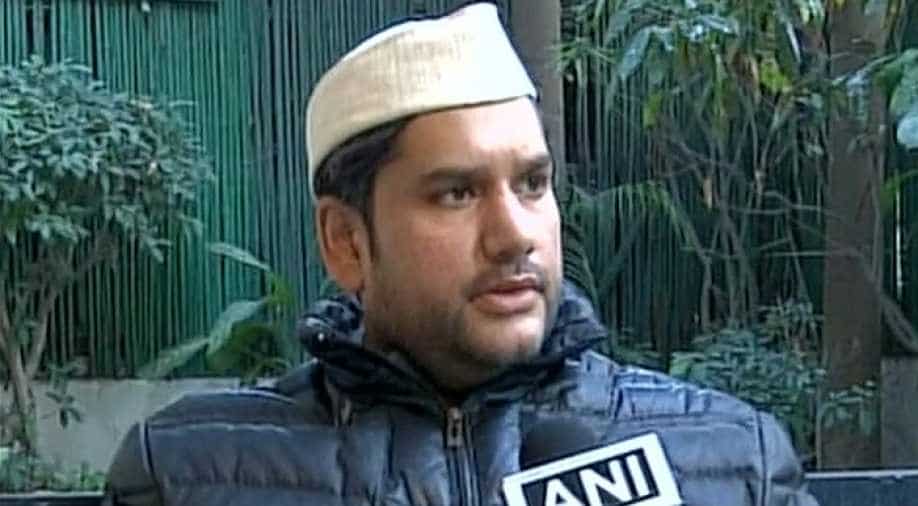 The Crime Branch of Delhi Police questioned Apoorva on April 20 in connection to the case.

Apoorva Shukla Tiwari, the wife of Rohit Shekhar Tiwari, who was detained in connection with his murder, has been arrested by the Delhi Police Crime Branch on Wednesday for hatching a conspiracy to murder him.

Rohit, who is the son of Former UP CM Narayan Dutt Tiwari, was found dead on April 16 under mysterious circumstances.

Earlier on Sunday, the Crime Branch of Delhi Police took Apoorva, (wife of late Rohit Shekhar Tiwari), maid and the servant to an undisclosed location for interrogation in connection to the Rohit Shekhar's murder case.

The Crime Branch of Delhi Police questioned Apoorva on April 20 in connection to the case.

The questioning took place at Rohit's residence in Defence Colony in South Delhi.

"There was tension between Rohit and his wife since the first day of marriage. It was a love marriage; Currently, Delhi crime branch is questioning the wife of Rohit Shekhar Tiwari," Rohit's mother Ujjwala Tiwari had told reporters then.

On Friday, the Delhi Police had registered a murder case in connection with the death of Rohit, who was the son of late Uttar Pradesh and Uttarakhand Chief Minister ND Tiwari. The case was registered under Section 302 of the Indian Penal Code (IPC).

Rohit was declared brought dead to the Max Hospital in Saket on April 16.