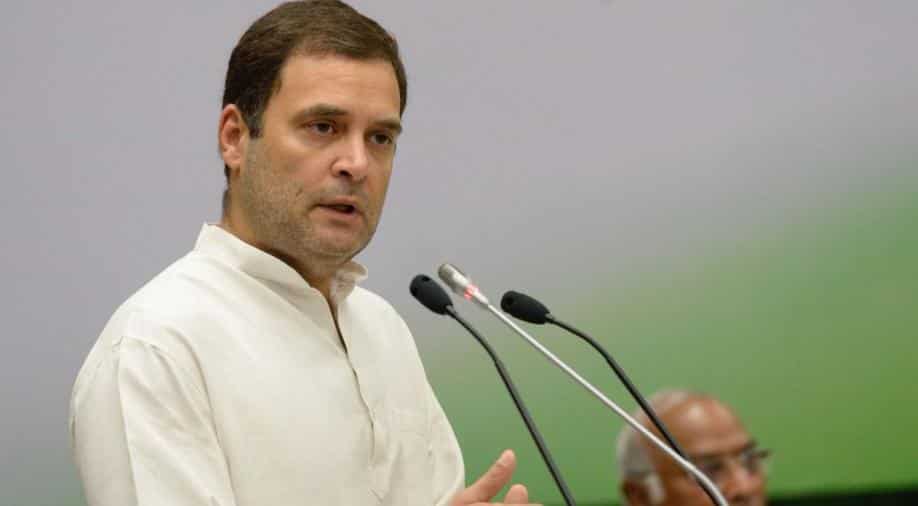 This will be Gandhi's first visit after he won the seat in the recently held Lok Sabha polls.

This will be Gandhi`s first visit after he won the seat in the recently held Lok Sabha polls.

He will stay in his constituency till Sunday during which he will meet party workers and citizens.

"I will be in Wayanad, Kerala starting this afternoon and till Sunday to meet citizens and Congress Party workers. It`s a packed schedule with over 15 public receptions planned over the next 3 days," tweeted Rahul Gandhi.

Rahul had on May 24 expressed gratitude to the people of Wayanad for choosing him as their representative in the Lok Sabha.

On May 31, Rahul Gandhi wrote a letter to Kerala Chief Minister Pinarayi Vijayan requesting him to order an enquiry into the `suicide` of a debt-ridden farmer from Wayanad.

Gandhi also urged him to extend financial support to the family of the deceased.

Gandhi, who netted 7,05,034 votes in Wayanad, won by 4,31,063 votes against his nearest rival Left Democratic Front (LDF)`s PP Suneer in the constituency.

This Jodhpur restaurant is serving COVID Curry, Mask Naan to its customers