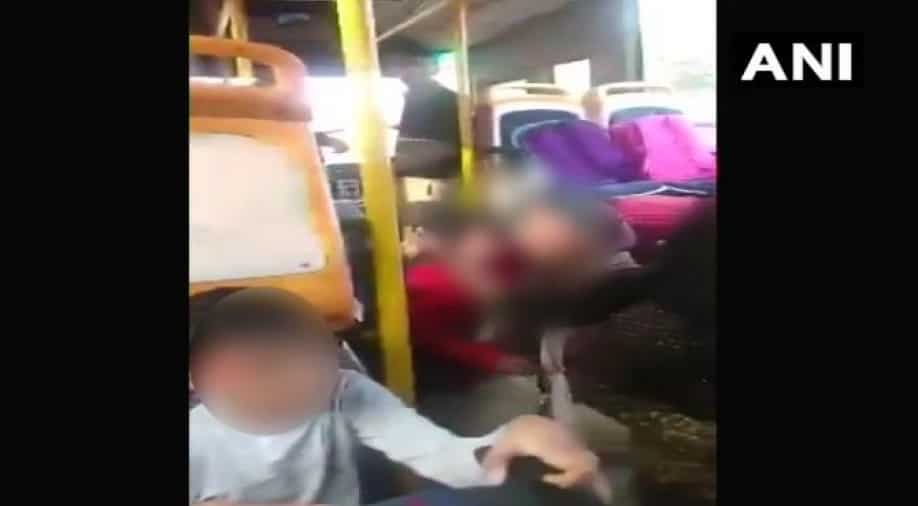 Around 20-25 students of a leading Gurugram school had a narrow escape when a frenzied mob protesting the release of Bollywood film ‘Padmaavat’ attacked their bus.

The G D Goenka World School students were on their way home when a group of around 60 protesters, believed to be members of a fringe group, attacked the bus with bamboo sticks asking the driver to stop the vehicle.

As soon as we came out of the school the bus was attacked. Even the police could not control them. The children somehow took cover inside the bus.: School staff on their school bus attacked by vandals in protest against release of #Padmavaat in Gurugram, #Haryana pic.twitter.com/4mebxa2jNB

Watch: From Gurugram to Mumbai, violent protests rock cities ahead of Padmaavat release

Haryana: A school bus attacked by vandals protesting against release of #Padmavaat in #Gurugram (Pictures from User Video) pic.twitter.com/rAQTPJaILD

When the driver did not comply, the miscreants pelted the vehicle with stones apparently to hurt the children.

The school bus staffer asked the kids to crawl under seats for safety and directed the driver to not stop it, Ravinder Kumar, PRO, Gurugram Police said.

“Some of the bus windows shattered and terrified kids cried for help. Fortunately none of the children was hurt in the attack,” Kumar said.

He said the situation was now under control.

The attackers also torched a bus in Sohna. They also pelted stones on a fire tender and forced it back when it came to douse the fire, officials said.