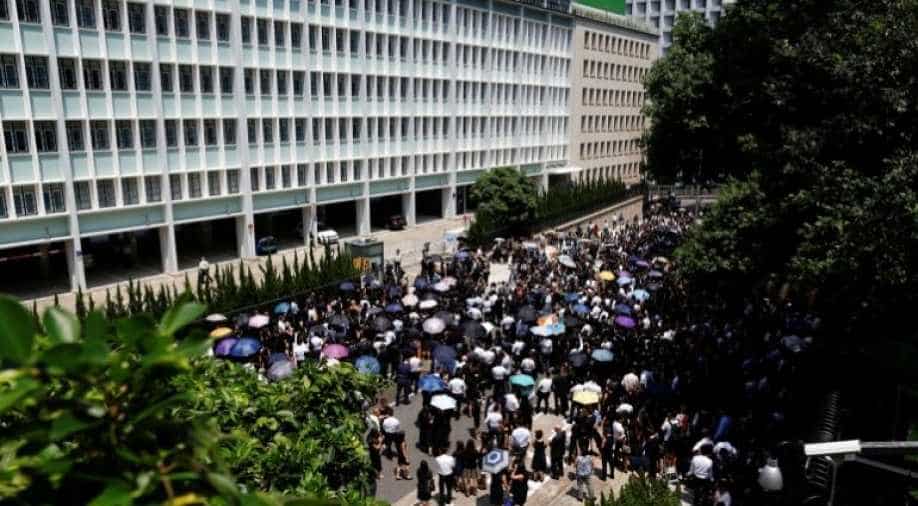 The United States and China have stepped up an increasingly harsh war of words over pro-democracy protests in Hong Kong, as Beijing seeks to push its accusations that the mass demonstrations are being fueled by foreign powers. Photograph:( Reuters )

PM Modi will be meeting President Xi in Varanasi in October, sources have told WION. The meeting is likely to take place on October 11th, reports said.

Hong Kong airport authorities cancelled all remaining departing and arriving flights at the major travel hub on Monday after thousands of protesters entered the arrivals hall to stage a demonstration.

Jammu and Kashmir: Omar Abdullah and Mehbooba Mufti 'fight it out' at Srinagar's Hari Niwas Palace

Scrapping of Article 370 in Jammu and Kashmir, instead of bringing two former chief ministers together on one platform, led to more bitterness between the two.

Myanmar floods: Death toll due to landslide climbs to 59

Vast swathes of southeastern Myanmar lie under floodwaters that have already forced tens of thousands to flee their homes as the death toll from a massive landslide hit 59, firefighters said Monday.